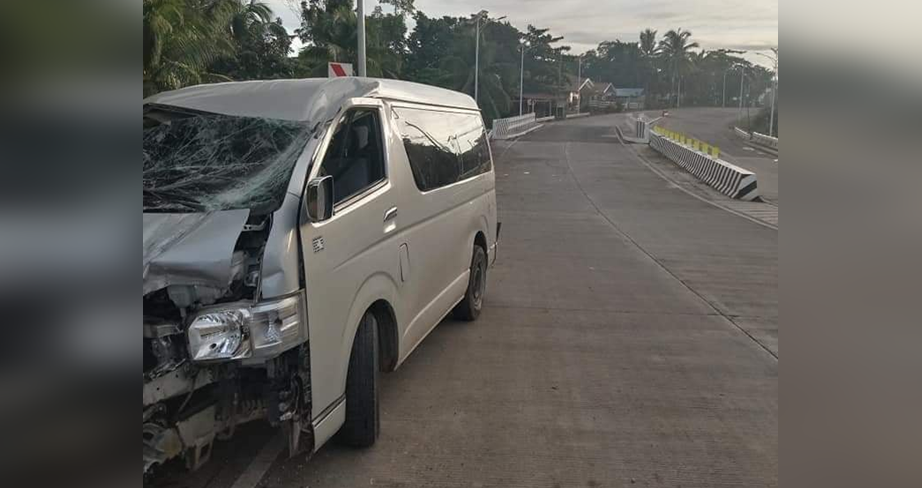 A man landed in the hospital after the tourist van he was driving slammed into a barrier in the middle of a bridge in Dauis town at dawn on Sunday.

Corporal Hazel Guivencan of the Dauis Police Station said the van had just transported a guest in Tagbilaran City and was on its way back to Panglao when the incident happened.

The van’s driver, identified as Francisco Magallenes, was rushed to a hospital for emergency medical attention.

Based on the statement of one Lizel Tagisa, Magallanes’ coworker, the latter was distracted by a bright light from another vehicle at the opposite lane.

Meanwhile, Magallanes remained confirned at a private hospital in Tagbilaran City where continued to be treated for his injuries.

He was in stable condition but was suffering from possible bruised ribs, said Tagisa. (A. Doydora)