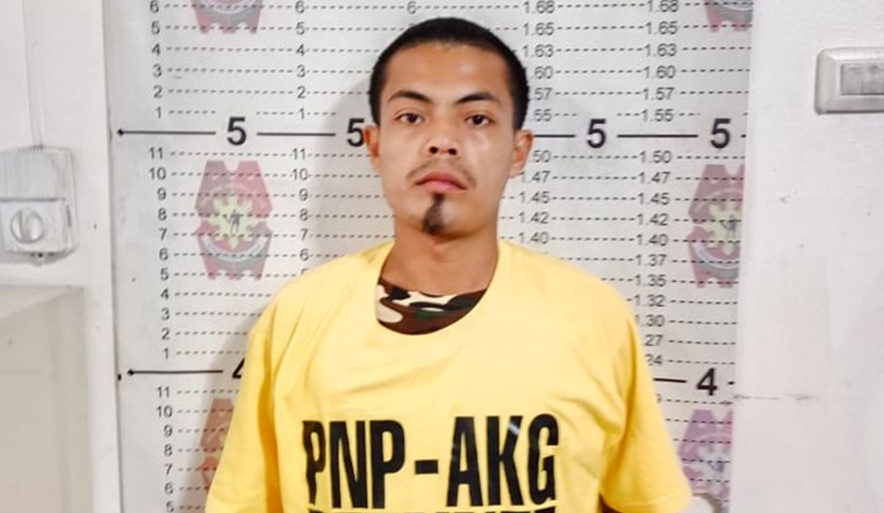 Police on Tuesday arrested in Carmen a 26-year-old man wanted for highway robbery which was allegedly carried out last month in the nearby town of Batuan.

According to PNP-AKG team leader Corporal Jayson Jamoner, they collared Alleluia by virtue of an arrest warrant issued November 2, 2021 by Judge Adonis Laure, presiding judge of the Regional Trial Court Branch 51 in Carmen.

The case stemmed from a highway robbery allegedly carried out by Alleluia and one Dennis Bacog in Batuan on March 28, 2021.

Jamoner also noted that at least four more charges in relation to robbery have also been filed against Alleluia.

According to Corporal Julius Eulogio of the Batuan Police Station, victim Carlito Oboquia, an employee of the Carmen Multipurpose Cooperative, was on his way to work on board his motorcycle when the suspects who were also riding a motorcycle flagged him down and held him at gunpoint along a national road in Barangay Poblacion, Batuan.

Alleluia and Bacog allegedly grabbed a sling bag which contained P85,000 from Oboquia then fled the area.

Oboquia was able to positively identify both suspects who had loose facemasks on.

Eulogio added that they were still preparing the warrant against Bacog as the previous court order had clerical erros.

For his part, Carmen police chief Major Jesus Daplin said Alleluia and Bacog were also believed to have been guns-for-hire but investigators have yet to verify the allegation.

Daplin said they arrested Alleluia during a raid in 2019 for a gun possession charge.

He was convicted but was later released on probation. (Allen Doydora)