Number of active COVID-19 cases in Bohol plunges to 88 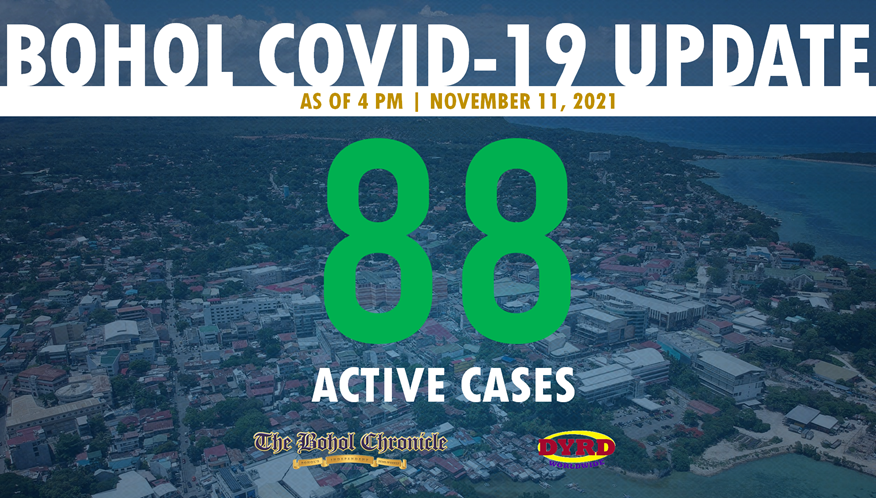 Number of active COVID-19 cases in Bohol plunges to 88

The number of active COVID-19 cases in Bohol has dipped below the 100 mark for the first time in over nine months.

Bohol Inter-Agency Task Force (BIATF) spokesperson Dr. Yul Lopez, in his daily online press briefer, announced that the number of ongoing infections in the province was at 88 as of Thursday afternoon.

The figure is expected to further drop, Lopez added.

He added that as of Thursday afternoon there were no new COVID-19 cases recorded for the day.

The last time Bohol’s number of active cases was at two digits was on February 9, 2021 when the province only had 83 ongoing infections.

Last month, Bohol’s active cases was consistently above the 1,000 mark.

According to Lopez, only two of the COVID-stricken individuals showed severe symptoms while the rest showed mild, moderate or no symptoms.

Tagbilaran City recorded the most number of active cases at 20 and this was followed by Candijay, 7; Dauis, 6; Tubigon, 5; Mabini, 4; and Baclayon 4.

Lopez who is also the Provincial Health Office chief lauded those who have been following basic health safety protocols and those who had themselves vaccinated.

The official however acknowledged that there may be some inconveniences which may be caused by the safety measures but these are necessary in helping contain the spread of the virus.