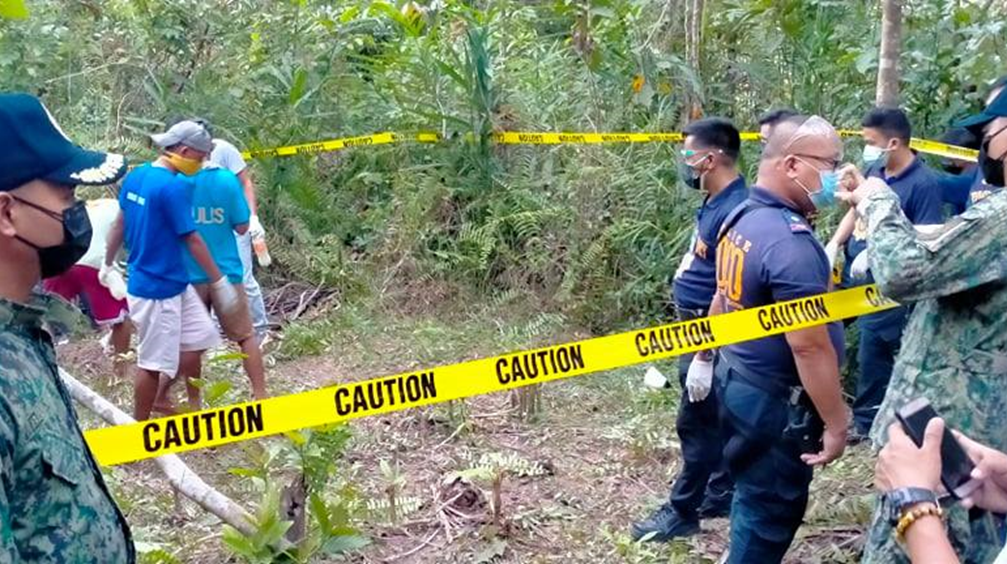 A 56-year-old man was found dead and buried in a shallow grave near the house of his brother who, following the discovery of the remains, confessed to killing the victim amid a longstanding feud.

The lifeless body of Istanislao Saligumba, 56, were found in Barangay Capayas, San Miguel on November 18 by barangay authorities after he went missing for six days, said Corporal Remberto Austria of the San Miguel Police Station.

On November 17, Saligumba’s 21-year-old son, Joselito, alerted barangay authorities who in turn started to search for the victim and ended up finding his grave.

After the body was found, suspect Trifon Saligumba, 46, Istanislao’s brother and neighbor, surrendered to police and admitted to killing the victim by hitting his head with a large rock.

Trifon admitted that he and his brother, who was then drunk, figured in a fist fight after both attended the birthday celebration of their cousin on November 12.

The two got into a fight over a light which was left open for over a day. Istanislao allegedly got mad when Trifon turned off the light leading to a heated argument and then to a brawl.

After seeing Istanislao profusely bleeding from his head, Trifon then placed the victim’s body inside a sack then dug a shallow grave where he buried it about 60 meters from their home.

According to Austria, the two brothers have long been fighting over property a dispute.

Austria added that Trifon had previously tried to shoot Istanislao with a shotgun 10 years ago but the firearm got jammed.

Meanwhile, Trifon remained under police custody and has been charged with murder. (A. Doydora)