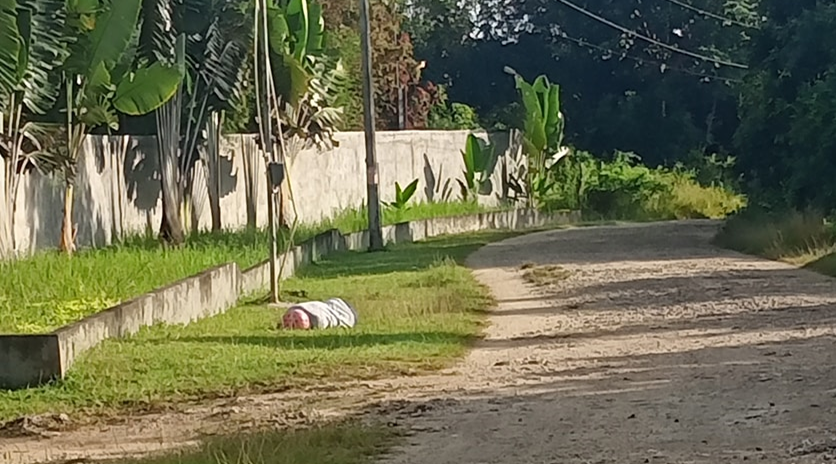 A 28-year-old man was killed in what authorities believed to have been an execution-style shooting in Dauis town early on Tuesday.

According to Corporal Allan Calcabin of the Dauis Police Station, the body of Roberto Briones was found roadside in Barangay Songculan, Dauis with a gunshot wound in the head and various parts of his body.

Based on witnesses’ statements, Briones who noticeably had on a pink helmet was seen riding a motorcycle at around 7 a.m. with two others. However, after the gunshots were heard, the same two men were seen passing through the same route but Briones was no longer on board.

Authorities believed that Briones was made to alight the motorcycle before he was shot repeatedly.

Based on the traces of blood found at the crime scene, the victim was also still able to run after he was initially shot before collapsing on a grassy portion at the side of the road.

According to Calcabin, they are looking into the victim’s reported involvement in the drug trade as possible motive behind the fatal gun attack.

Staff Sgt. Gerwin Solite of the Alburquerque confirmed that Briones, who was a resident of the town before transferring to Tagbilaran City, had a standing arrest warrant for alleged sale and possession of illegal drugs.

The warrant was issued in 2019 and since then the victim had been in hiding and was no longer seen in the town. (AD)