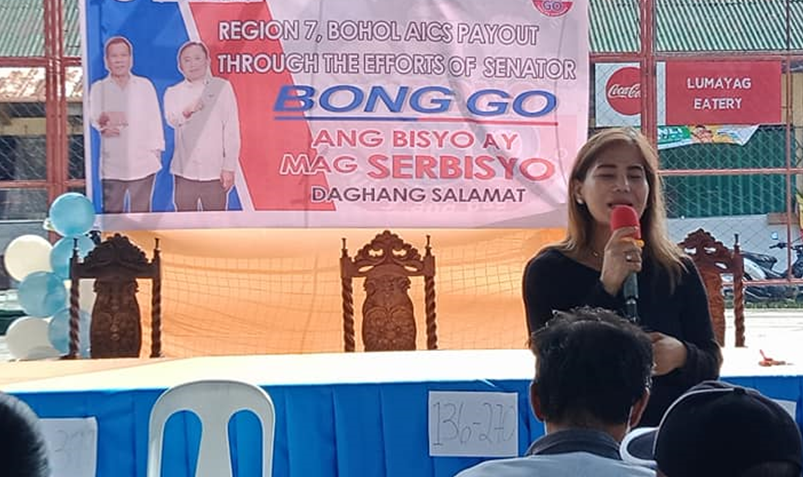 Tagbilaran City Mayor Baba Yap and Dauis Mayor Miriam Sumaylo both expressed continued support for Senator Bong Go after he announced his plan to withdraw from the presidential race.

Both Sumaylo and Yap are known close allies of Go.

Sumaylo, president of the League of Municipalities of the Philippines (LMP) Bohol chapter, was saddened over Go’s decision to cancel his presidential bid.

She claimed that all 47 municipal mayors of the province and Yap were set to support his candidacy.

For his part, Yap, mayor of the province’s lone city, said he respects Go’s decision.

According to Yap, Go has been supportive of the Tagbilaran City local government in his first term as senator.

Yap noted that the city was among the first localities to have a Malasakit Center, a “one-stop shop” where indigent patients can access financial medical assistance from government agencies.

The Malasakit program was started by the Office of the Special Assistant to the President, which was previously headed Go.

Yap noted that Go’s office also extended financial assistance to the Tagbilaran local government unit, particularly in the reconstruction of the Cogon Public Market which was razed by a fire in 2019 and in the city’s COVID-19 response.

Despite Go’s announcement, Yap remained optimistic that former’s decision may not be final yet.

While Go announced his plan to withdraw on Tuesday, the senator has yet to formally file his withdrawal before the Commission on Elections.