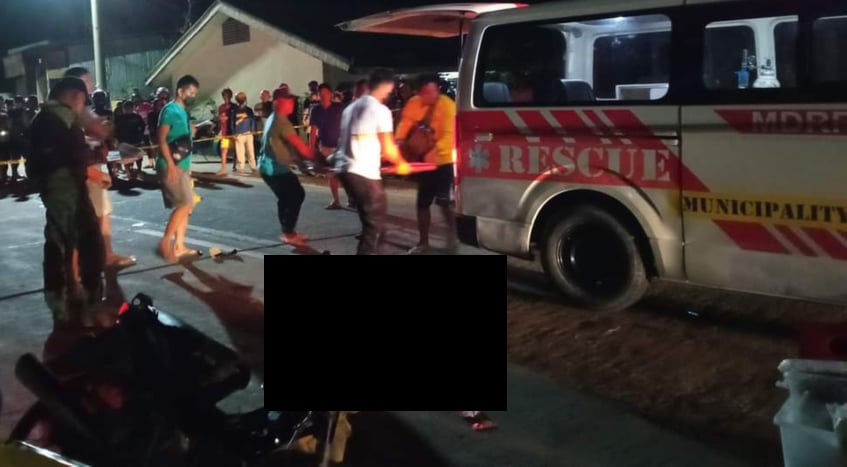 A 58-year-old priest died after he was hit by motorcycle which was driven by a 17-year-old boy who was allegedly racing with other motorcycles along a national road in Alicia town at past 10 p.m. on Sunday, police said.

According to Lt. Bonifacio Flores of the Alicia Police Station, the victim identified as Reverend Father Paulo Perenio, the parish priest of the St. Vincent Ferrer Church in Trinidad, was rushed to the Don Emilio Del Valle Hospital in Ubay but was declared dead on arrival.

Perenio sustained severe injuries when his head hit the road after he was rammed by the motorcycle.

According to Flores, Perenio attended a meeting in Barangay La Hacienda, Alicia and was about to head back to Trinidad when he was hit by a motorcycle from Sierra Bullones.

He added that after impact, Perenio’s body was still dragged by the motorcycle for some 14 meters before the vehicle was able to stop.

Meanwhile, Corporal Jonas Bersano confirmed that the motorcycle’s driver who had on board two other minors was drag racing with three other motorcycles during the incident.

According to Bersano, the minor and one of his passengers were taken to the Candijay Community Hospital to be treated for minor injuries while the other pillion rider fled the scene of the accident.

It was noted that the driver had no student’s permit and no helmet during the incident while the motorcycle’s registration had expired.

Bersano said the motorcycle driver was placed under their custody pending the filing of a reckless imprudence resulting to homicide charge.

Bersano added that although the driver will still be charged, he will likely end up returned to the custody of the parents due to the lack of a DSWD facility in the province.