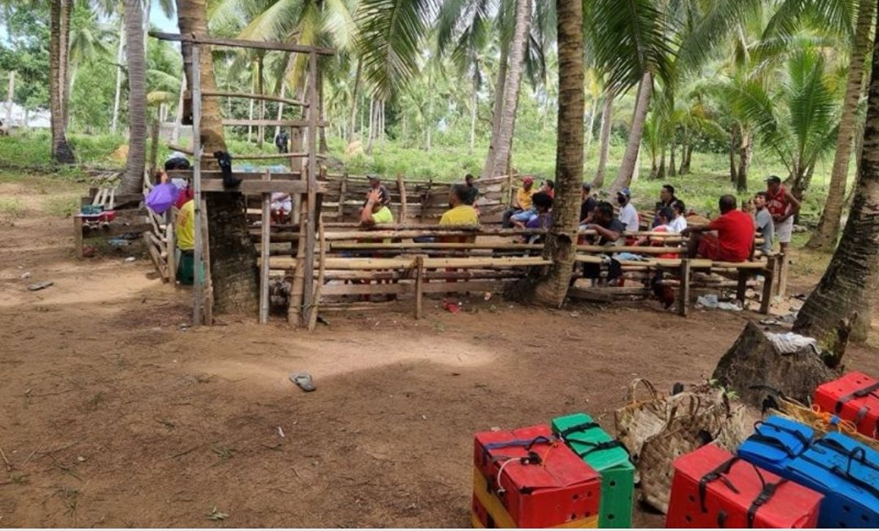 A vice mayor, barangay captain and barangay councilor have been released from jail after they were arrested during a police anti-illegal cockfighting operation in Bien Unido, while 19 others who were caught with the officials remained detained.

Cagoco said the prosecutor’s office issued a resolution exonerating Arcenal, Patrocenio and Jovy due to a “technicality” following inquest proceedings conducted on Monday.

The police chief said the three officials were cleared of the illegal cockfighting complaint on the basis that they arrived at the operation area when the riad had already started and arrests were already being carried out.

However, other persons arrested during the operation alleged that the three officials organized the cockfighting event.

Arcenal, Patrocenio and Jovy, along with 19 others, were apprehended during a raid carried out by the Bien Unido Police Station and Provincial Intelligence Unit in Barangay Mandawa on Sunday morning.

Cagoco said there were around 200 individuals present during the cockfight but most were able to flee.

Police had advance information regarding the staging of the illegal cockfighting as part of Barangay Mandawa’s fiesta celebration.

According to Cagoco, the 19 other persons arrested during the raid remained detained pending their posting of bail for their temporary liberty. (A. Doydora)