Pastor dies after motorcycle rammed by 10-wheeler truck in Tubigon 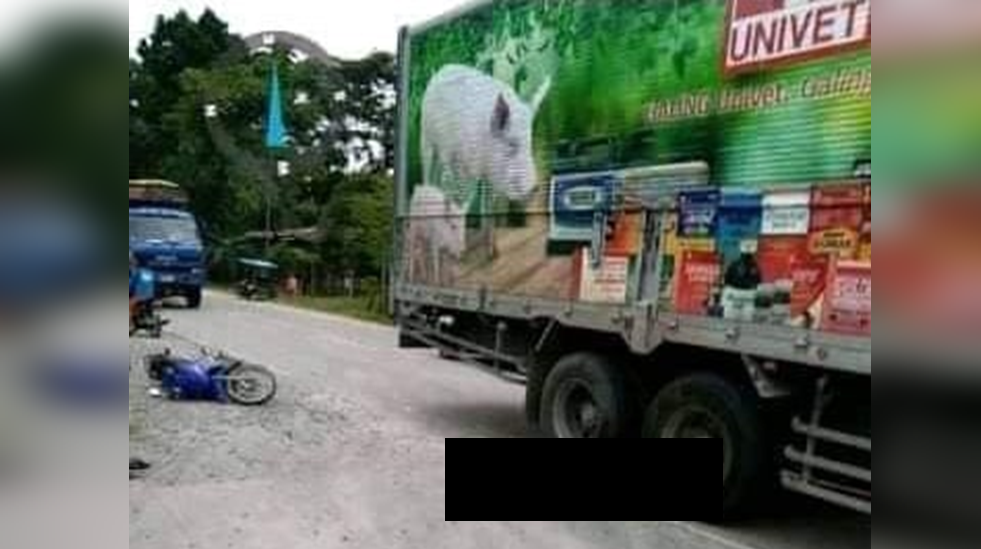 Pastor dies after motorcycle rammed by 10-wheeler truck in Tubigon

A 53-year-old pastor died after his motorcycle was accidentally rammed from behind by a 10-wheeler truck along a national road in Tubigon town at past 5 p.m. on Tuesday.

Ruben Jusol, a resident of Calape town, was still rushed to a hospital but was declared dead on arrival, said Tubigon police chief Major Robert Lucernas.

Jusol was travelling to Calape when the truck, which was trailing behind him suddenly hit him from behind.

Lucernas said the truck’s driver, identified as Pedro Fudulig, 58, was noted to have been “unwell” as he lost control of the vehicle.

The police chief added that others on board the truck also noted that Fudulig was already travelling at high speed even prior to the incident.

According to the police chief, Fudulig remained detained at the Tubigon Police Station.

He was set to be charged with reckless imprudence resulting to homicide on Thursday.

However, authorities were still awaiting a possible settlement between the victim’s family and Fudulig. (A. Doydora)