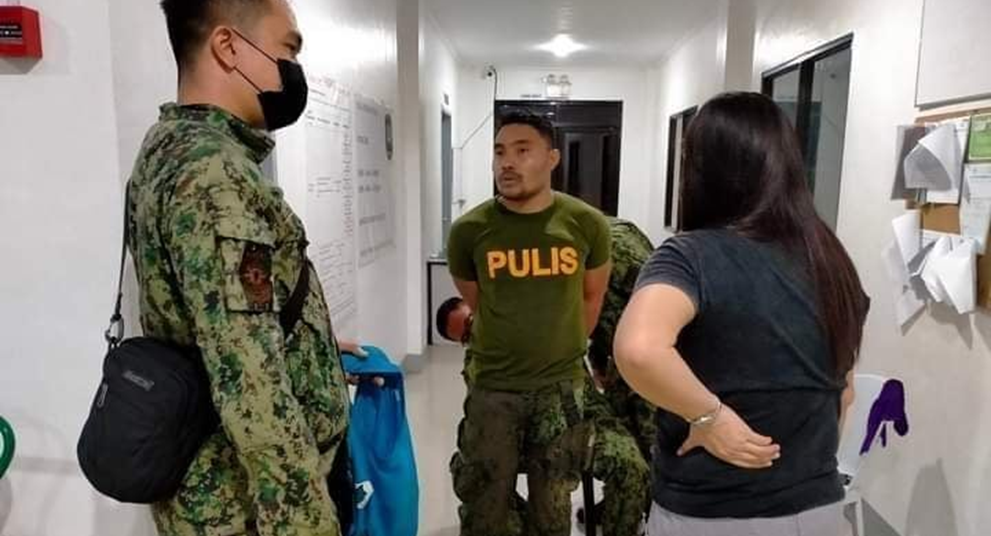 A police officer was arrested Sunday night after allegedly ramming his car into pedestrians and other vehicles along a busy thoroughfare in Tagbilaran city leaving two women dead and four others including a minor injured.

Ayuban, a native of Sierra Bullones town, allegedly rammed his Hyundai Eon into vehicles and pedestrians near the Caltex gas station and Unitop store along CPG North at past 7 p.m. leading to the deaths of one Lisa Jimenez, 55, and Ailenen Apatan, 31, who were hit by Ayuban’s vehicle.

Noted to have been injured during the incident were Ella Jean Gambam 23; Edwin Alcoran; Aris Pregurta Taghap and a minor.

Initial reports indicated that Ayuban first hit Apatan and Jimenez who were walking roadside near the Caltex gas station and did not stop after hitting the two pedestrians.

He then rammed a motorcycle driven by Alcoran causing it to crash injuring both the driver and Gamban who was riding pillion.

Ayuban still did not stop and continued to drive into a tricycle which was driven by Taghap and was carrying a 17-year-old male passenger.

All victims were rushed to the Governor Celestino Gallares Memorial Hospital in Tagbilaran City for emergency medical treatment.

Salibo said that they were still awaiting further reports from Tagbilaran City police chief Lt. Col. Mary Peralta on the circumstances surrounding the incident including the cause for Ayuban’s alleged rampage.

“Based on the initial findings, there was no findings of influence of alcohol…We will know the progress through the report coming from the chief of police of Tagbilaran,” said Salibo.

Sketchy reports indicated that Ayuban had shot someone in Loon town prior to the incident but Salibo noted that they have not received any information confirming this.

“I did not receive a report yet coming from chief of police of Loon if there was an incident before this incident, so I am directing our team to verify pero nag scan ako ng report kagabii, wala pa naman,” he said.

Salibo said they will also look into allegations that Ayuban was troubled due to problems caused from having invested in the REPA scam that has gripped the province in the past month.

He noted that it would not be surprising for such allegation to arise considering that the REPA investment scam which has allegedly victimized over a thousand Boholanos had just been recently exposed.

Ayuban who remained detained at the Tagbilaran City Police Station will be facing charges for reckless imprudence resulting to double homicide and multiple injuries.

Salibo said charges will likely be filed within the day.

Meanwhile, the police director also assured the victims’ family that the BPPO will remain impartial in handling the case.

“I am assuring the immediate relatives of the victims na I will never condone. Kung talagang nagkamali siya [Ayuban], let the investigation be conducted, at kung merong basehan to file other cases, administrative cases or ano later on ay gagawin namin yun,” said Salibo. (with RT)