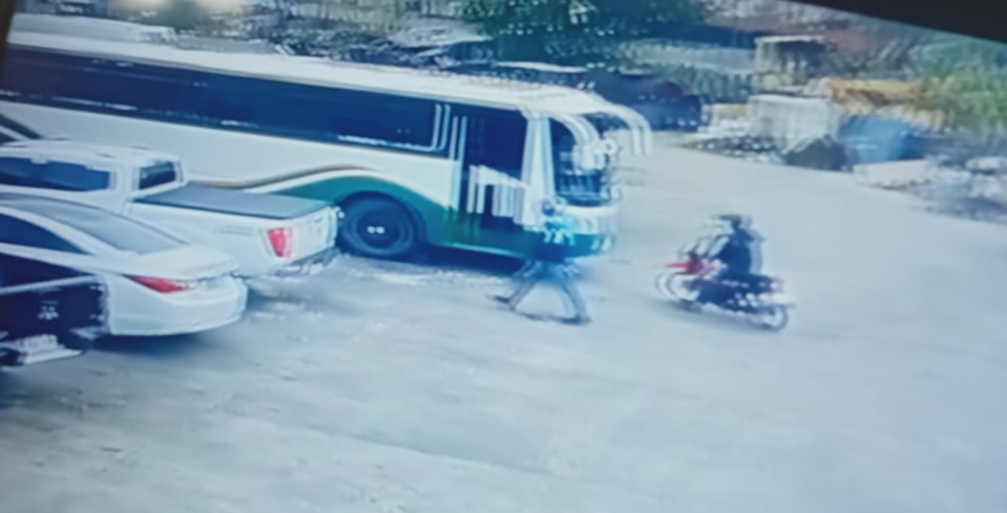 Four armed men carted away almost P1 million in cash during a robbery carried out in broad daylight at the National Irrigation Administration (NIA) office in Tagbilaran City on Wednesday morning.

According to NIA security guard Ricardo Apale, the four jacket-clad suspects who were also wearing full-face helmets and facemasks alighted from two motorcycles right outside their office and immediately held him and the office’s other guard at gunpoint using .45 caliber pistols at past 11 a.m.

The two security guards, who admitted that they were unarmed at the time, and one other employee were taken to the back of the building while one of the suspects went inside the office to get the money.

The robbery transpired quickly and was over in about five minutes.

According to NIA regional lawyer Atty. Reynell Fabiosa, one of the robbers went inside the cashier’s office and took the money which was supposed to be used for the salary and bonuses of employees.

Fabiosa said the cashier had just withdrawn money from a bank in the city and believed that the suspects may have followed the NIA employee to the office.

The NIA officer denied an earlier claim on Facebook that the suspects stole over P8 million.

Meanwhile, the Tagbilaran City Police Station has launched a hot pursuit operation against the robbers.

The office’s security guard who was tied up by the suspects succumbed to a heart attack during the robbery. (A. Doydora)