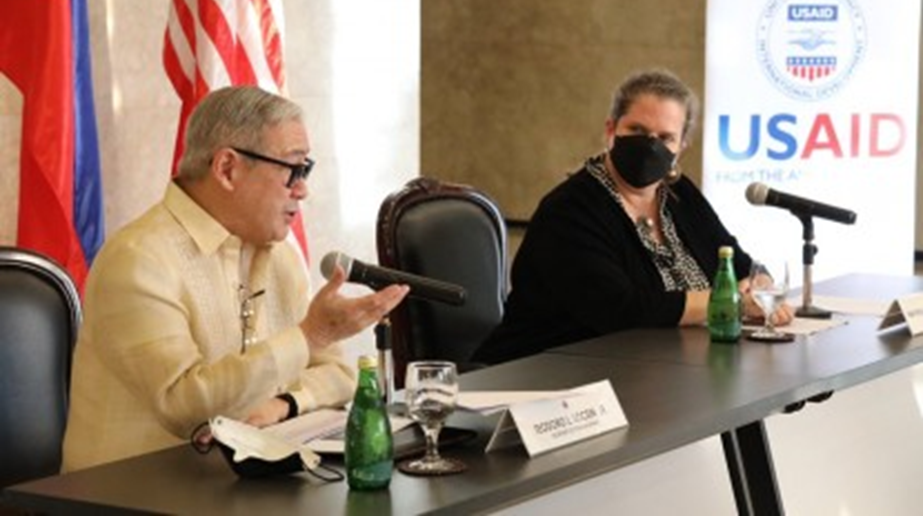 On Wednesday, Foreign Affairs Secretary Teodoro Locsin Jr. personally thanked the US government for its additional PHP950 million humanitarian assistance to the country, which would provide the worst-hit communities in the Visayas and Mindanao with food, water, and temporary shelter needs.

“We welcome the urgent action taken by the U.S. government in mobilizing funds and its people to support us in our time of great need. I would like to take this opportunity to express our sincerest gratitude to the U.S. Embassy and the USAID. You are indeed our allies, partners, and friends,” he said in a joint presser at the DFA office in Pasay.

Locsin stressed that the US is now the “single largest country contributor” to the government’s efforts to help communities severely impacted by the typhoon begin the process of rebuilding their homes and lives.

US Embassy Chargé d’Affaires ad interim Heather Variava said the US will continue to partner with the Philippines to strengthen its natural disaster response and support Filipinos in their recovery efforts.

She also mentioned the contributions made by US companies to communities affected by Typhoon Odette, including McDonald’s that has provided 20,000 meals, Coca-Cola with more than 26,000 liters of water, and Procter & Gamble, which provided PHP800,000 worth of hygiene products through the Philippine Coast Guard.

“During this year of the 75th anniversary of diplomatic relations between our two countries, the United States remains as committed as ever to working alongside our friends, partners, and allies in the Philippines to respond to the devastating impact of Typhoon Odette and bring much-needed relief and assistance to the Filipinos whose lives have been upended,” she said.

Among the priority areas expected to benefit from the latest US funding are Surigao del Norte, Siargao, Dinagat Islands, Southern Leyte, and Bohol with a focus on the hardest-hit towns.

The United Arab Emirates and Qatar are among the latest countries to pledge assistance to the country’s typhoon relief efforts, with the latter expected to send two planeloads of goods, according to Locsin.

Early this afternoon, China also donated PHP1 million worth of bottled drinking water to be distributed to the families of those hit by the storm.

Also on Wednesday, the Taiwanese Compatriot Association in the Philippines (TCAIP) formally donated PHP2 million to assist in the country’s relief efforts, through the Manila Economic and Cultural Office.