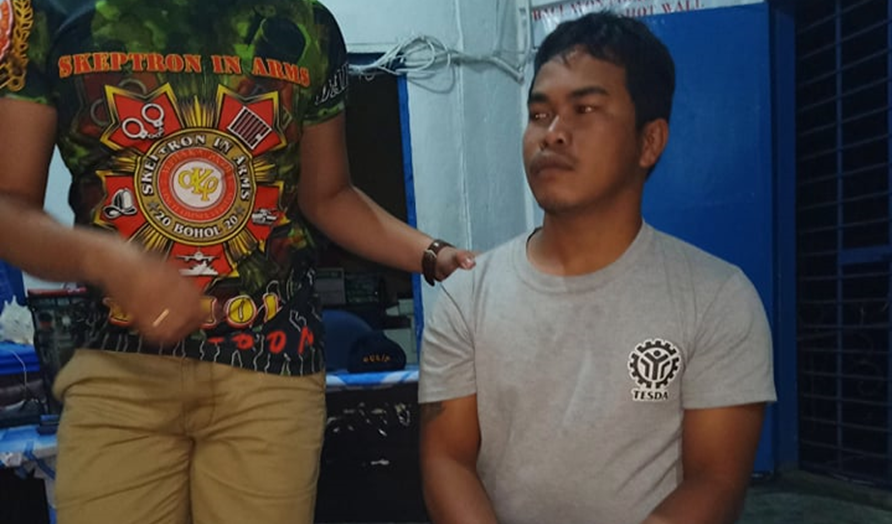 A construction worker who accidentally hit a pedestrian with his motorcycle in Baclayon town ended up in jail after police allegedly found shabu in his possession.

In a report, police said that suspect Dennis Naalam, 27, had with him a sachet of shabu while he was about to be questioned regarding the traffic incident leading to his immediate arrest.

A team deployed to the site of the accident allegedly saw Naalam throw an object as they approached.

Police then examined the item and found out that it was a sachet of white crystalline substance believed to be shabu.

Naalam was detained at the Baclayon Police Station pending the filing of charges against him.

Meanwhile, the pedestrian who was hit by Naalam’s motorcycle sustained minor injuries and was in stable condition. (wm)