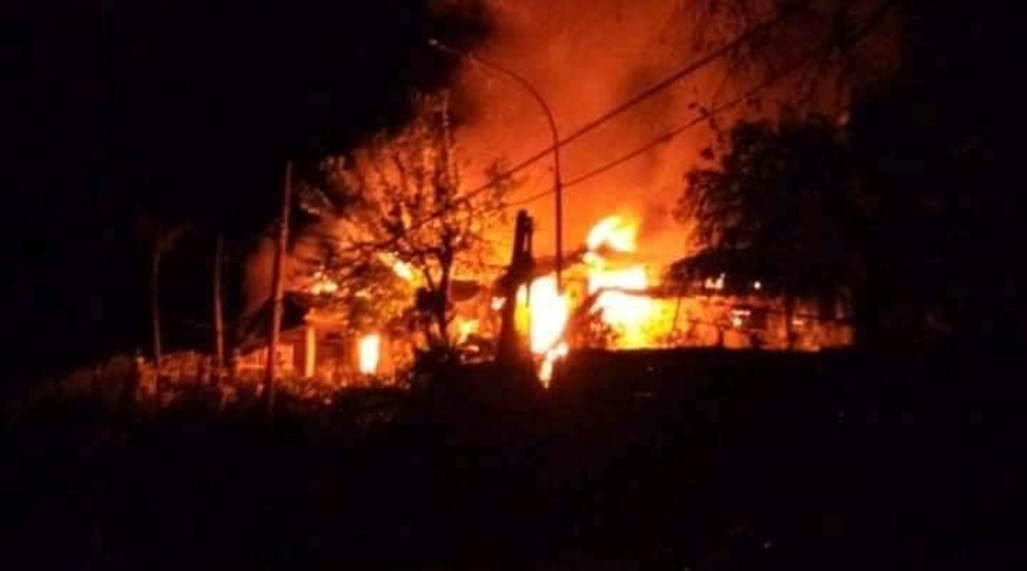 Two teenage sisters died after their family’s two-story house was gutted by a fire which was believed to have started from a generator set explosion at dawn on Saturday, New Year’s Day.

FO2 Adonis Aliñab of the Cortes Fire Station said the two girls, aged 16 and 18, were trapped inside their room when the fire engulfed their house in Barangay Poblacion, Cortes.

The house which incurred structural damages estimated at P975,000 was owned by the victims’ uncle, Barangay Poblacion Barangay Captain Carlito Dagamac who was able to evacuate along with his wife Guadalupe.

Three others living in the house, Ronald Guno, the victims’ father; Catherine Pugoy; and her 10-year-old son, were also able to safely move out of the burning house.

According to Aliñab, the fire erupted when a generator set exploded at the living room of the house.

Adonis said the generator set was already turned off but there was a lighted candle near it causing it to ignite residual fumes from the machine.

Both Carlito and Guno tried to put out the fire using water stored in pails but the fire had already spread across the house prompting them to evacuate.

Guno initially thought that his daughters made it out of the house but noticed that they were still inside when the fire had already engulfed the concrete structure.

The fire officer anoted that the victims’ room on the second floor was located directly on top of the generator set.

According to Aliñab, they found the sisters charred remains under their bed after the firefighters had put out the flames.

He added that fire was deemed under control at 4:20 a.m. but they were able to declare fire out at 4:40 a.m., almost an hour after they were alerted by a concerned citizen at 3:50 a.m.

The Cortes fire authorities had to call for backup from fire stations in Maribojoc, Balilihan and Tagbilaran City. The Alturas Group of Companies also deployed a water tanker to the site.

Aliñab said they had difficulty in refilling their water supply as the entire province continued to grapple with water shortage due to infrastructure damages left by Typhoon Odette.