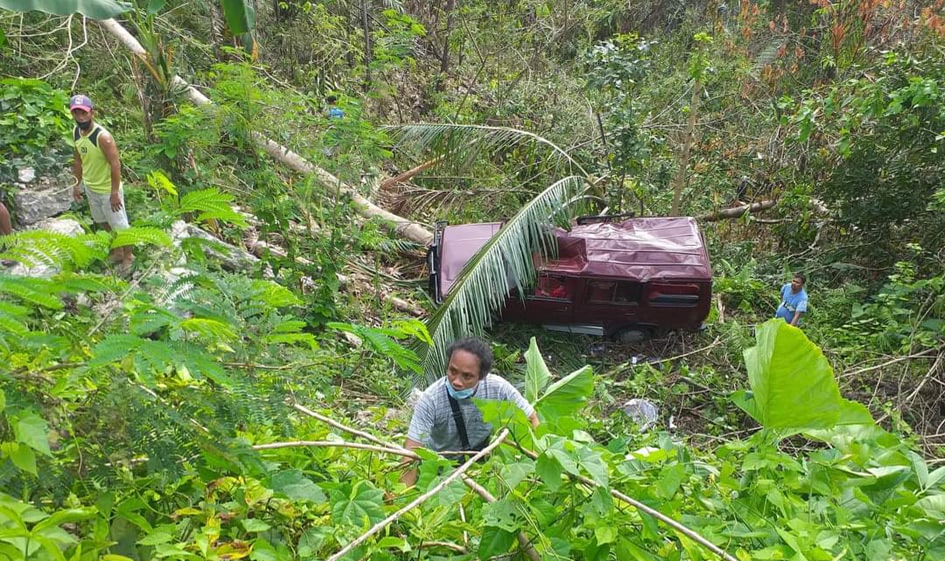 A multi-purpose vehicles (MPV) driven by a doctor fell of a ravine along a provincial road in Balilihan town on Thursday morning.

Doctor Adrian Pancho of Tagbilaran City told police that he fell asleep while driving causing the wayward vehicle to cross to the opposite lane and fall into the ravine.

According to Renoblas, Pancho was headed towards Tagbilaran City when he lost control of his Toyota Tamaraw FX along curved road in Barangay Magsija at around 9 a.m.

Renoblas noted that Pancho did not suffer from any major injury but was still advised to undergo checkup.

As of Thursday afternoon, the vehicle has yet to be pulled out from the crash site. (AD)