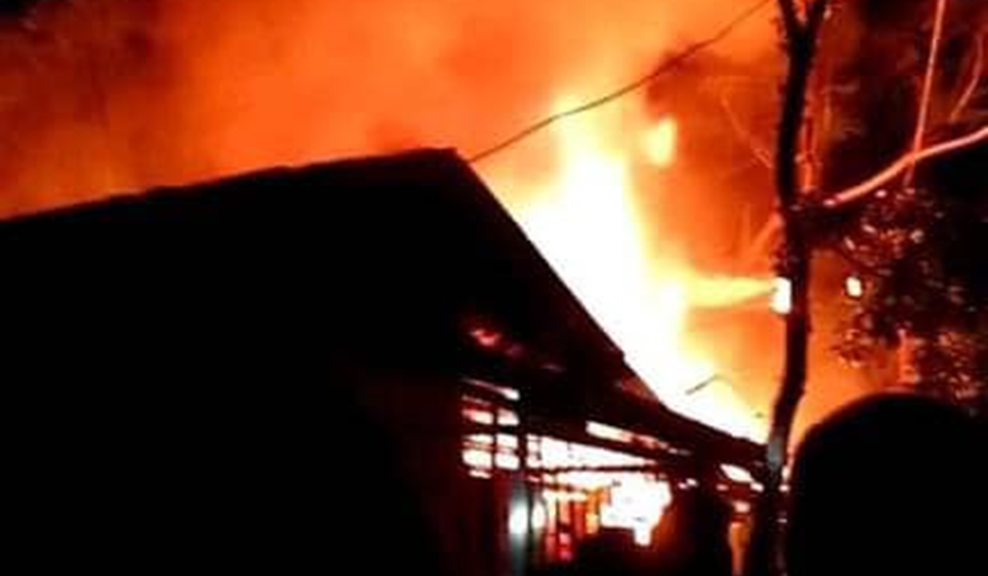 Three brothers escaped from a fire which erupted inside their home in Tubigon town and also razed their neighbor’s house while they were sleeping in the wee hours of Wednesday.

According to FO2 Arnel Lofranco of the Tubigon Fire Station, the boys—aged three, five and 10—were home alone when the fire started to engulf their rented bungalow house which was made of light materials.

The boy’s father Vicente Rizaldo and his wife were attending a vigil at a wake in their neighbor’s house during the incident.

Lofranco said they have yet to identify the cause of the fire which was believed to have started near the Rizaldos’ front door.

The fire also spread to a house rented by one Eduardo Sobiano but no one was injured.

According to Lofranco, the blaze started at around 2 a.m. and was declared fire out by the authorities, which deployed two fire trucks to the scene, at 2:30 a.m.

He added that the fire left P12,000 worth of property damages. (A. Doydora)