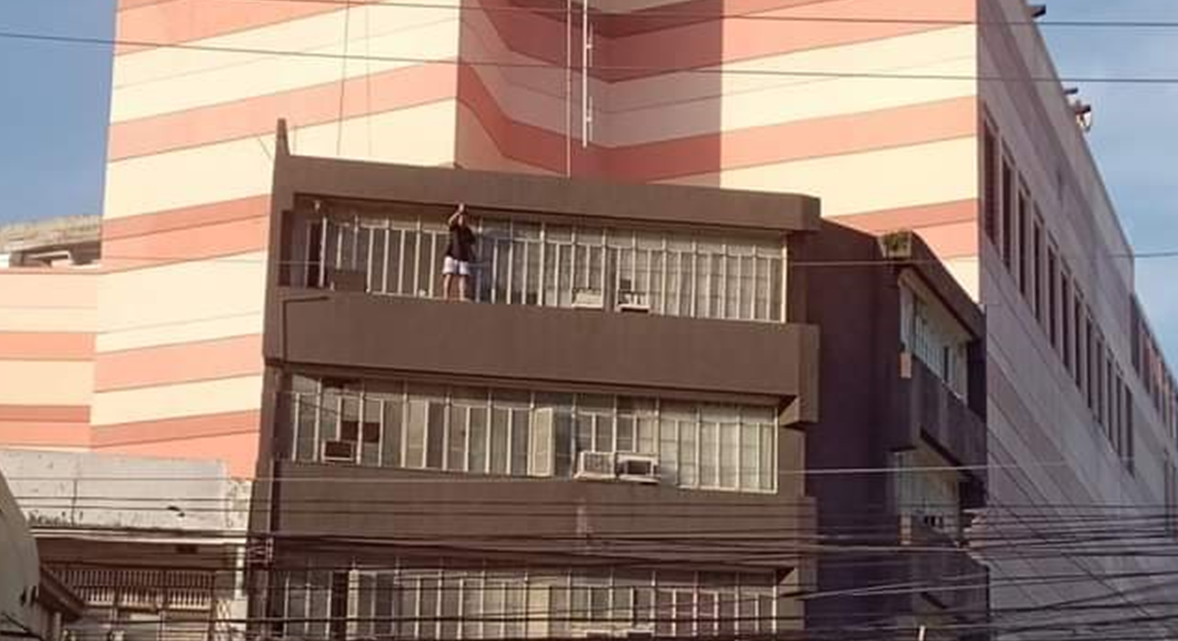 A 36-year-old male nurse died after jumping off the fourth floor of a building in front of the Governor Celestino Gallares Memorial Hospital (GCGMH) in Tagbilaran City on Thursday morning.

According to Senior Staff Sgt. Roberto Miclat of the Tagbilaran City Police Station, Lhyn Mar Ismael Ibadlit, a native of Banga, Aklan, fell to his death from a rented room inside the Uptown Lodge along M. Parras Street in Barangay Poblacion II at past 7 a.m.

Based on initial police investigation, Ibadlit checked in alone at the lodge on Wednesday.

He stayed at room 205 and had no reported visitors throughout his stay.

Miclat said that before jumping off the building, Ibadlit was still spotted by passersby as he stood on the ledge outside of his room.

A man driving a motorcycle who parked in front of the lodge was among the first to notice Ibadlit and was told by the latter to move away from the building as he was about to jump.

Miclat added that Ibadlit fell on a motorcycle parking spot in front of the lodge and sustained severe head injuries.

He was still rushed to the GCGMH across the street but was declared dead on arrival.