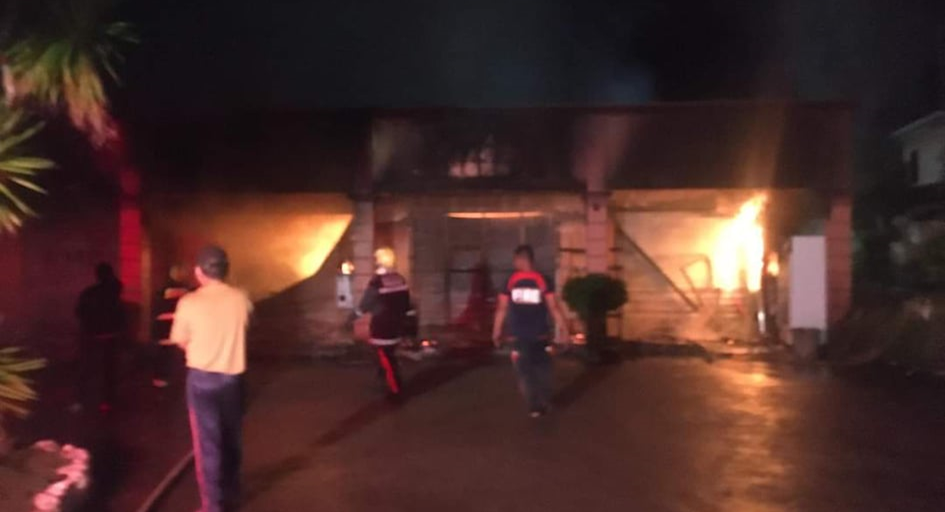 A blaze gutted the public market of Anda town at dawn on Sunday, leaving P5 million worth of property damages.

According to FO2 Jessie Corona of the Anda Fire Station, no one was injured during the incident but the fire razed four stalls and partially damaged an office space and water refilling station inside the market.

The blaze was believed to have started at 3:30 a.m. but Corona said they were informed of the fire at 4:00 a.m.

It was the police that alerted the fire station but the latter were also unable to respond as their fire truck was unserviceable.

The Anda Fire Station had to seek assistance from other stations including the Guindulman Fire Station which was the first to deploy a fire truck at 4:15 a.m.

Accordng to Corona, the blaze was placed under control at 6:30 a.m. and they were able to declare fire out at 7:00 a.m.

He added that they were still conducting an investigation to determine the cause of the fire. (A. Doydora)