Albur’s No. 1 most wanted falls for rape of minor 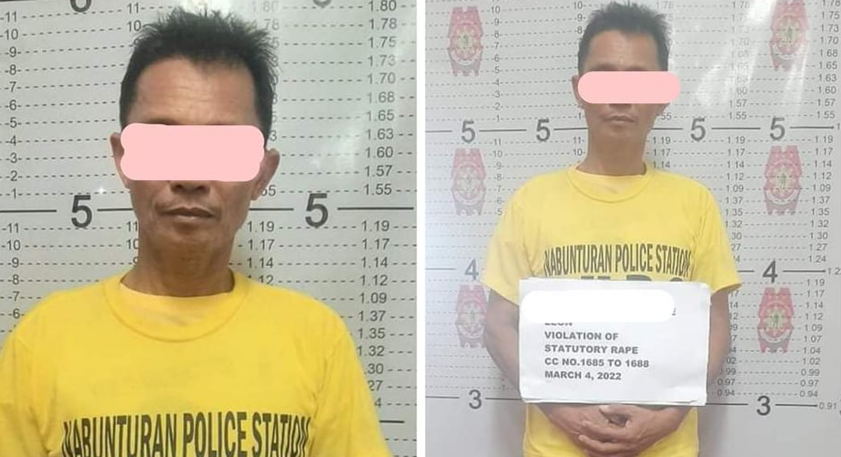 Albur’s No. 1 most wanted falls for rape of minor

After 11 years in hiding, the No. 1 most wanted person in the town of Alburquerque was arrested by police for four counts of statutory rape.

Lieutenant Jasper Reyes, chief of the Alburquerque Police Station, said Romualdo Estopia, 55, who has been accused of raping his live-in partner’s 11-year-old daughter, was arrested by police in Nabunturan, Davao de Oro on Friday last week.

Police are now preparing arrangements for his transfer to Bohol where he will be facing charges filed against him before the Regional Trial Court Branch 50 in Loay.

According to Reyes, they traced Estopia’s whereabouts by monitoring Facebook accounts of persons close to the suspect.

According to Reyes, the alleged rape incidents happened in Alburquerque in 2010 when the victim was still around 11 to 13 years old.

A warrant of arrest was issued against Estopia in October, 2011 but he had already gone into hiding at the time.

Meanwhile, authorities have already informed the victim of Estopia’s arrest.

She has expressed intent to proceed with the case against the suspect. (A. Doydora)