6-month-old, 3 others rescued after boat capsizes in waters off Candijay 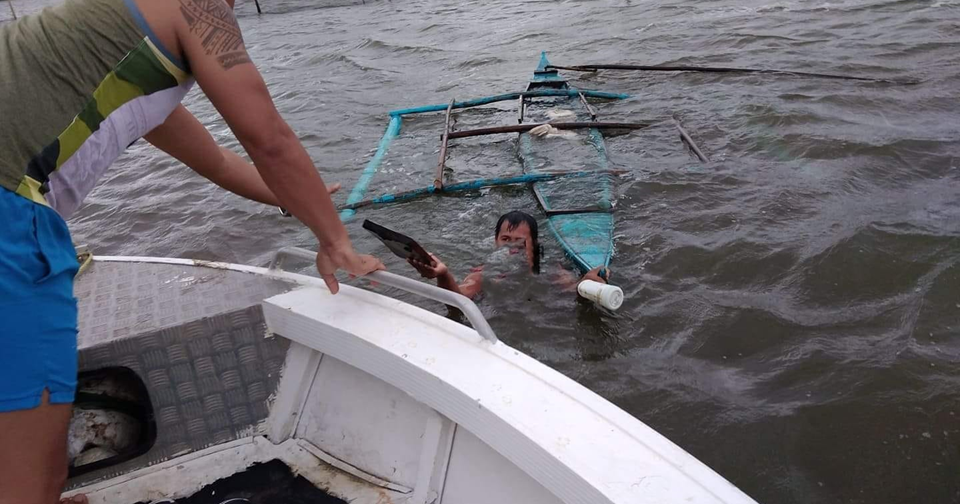 6-month-old, 3 others rescued after boat capsizes in waters off Candijay

A family of four including a six-month old infant was rescued after their motorized banca capsized in waters off Candijay town on Sunday afternoon in what was the second sea mishap recorded in the day.

Petty Officer 3rd Class Ronel Banol, substation commander of the Philippine Coast Guard (PCG) in Ubay said family’s banca was battered by strong waves causing it to take in water and overturn at past 5 p.m.

Roque Dayong, his live-in partner Jessica Saco, their baby and Saco’s mother Caridad were on their way from Barangay Cogtong to a fish pond at Abucayan Island in Candijay.

He added that a fisherman Armando Anyana who saw the family’s boat capsize immediately alerted the PCG.

The PCG in turn deployed a team which was accompanied by Ananya to rescue the family.

No on was injured during the incident, while the family’s boat was salvaged by the authorities.

During the same day, two fishermen from Oslob, Cebu who were fishing in waters of Balicasag Island in Panglao fell off their pumpboat after it was pummeled by strong winds and waves.

They drifted at sea for over 12 hours before they were spotted and rescued by other fishermen near Siquijor. (A. Doydora)