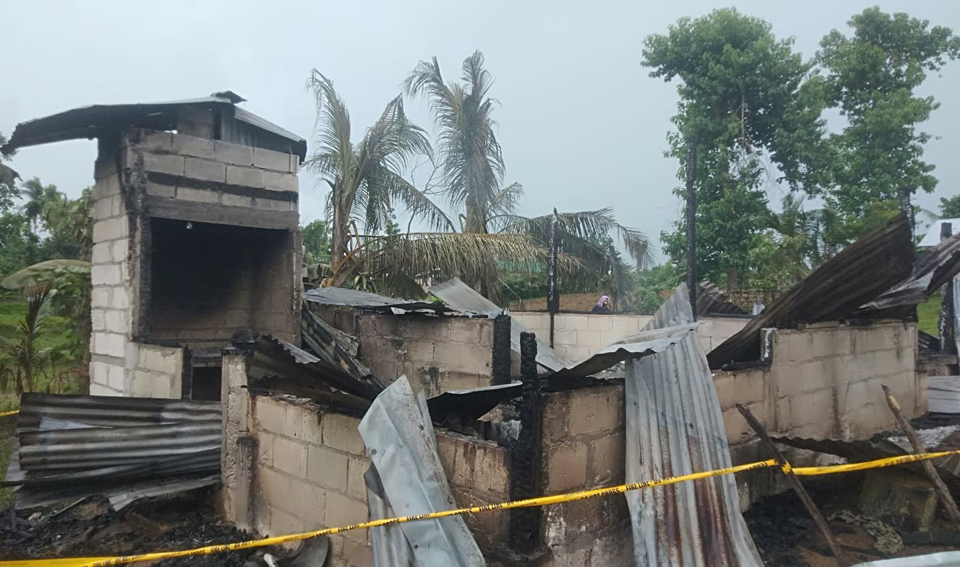 A house in San Miguel town was razed by a fire believed to have been deliberately set off by the owner’s son, authorities said.

FO2 Jude Curan of the Trinidad Fire Station said the fire which started at past 7 p.m. on Monday had already burned down the house in Barangay Poblacion in San Miguel when they arrived.

Firefighters from Trinidad were deployed to respond to the incident as San Miguel does not have its own fire station.

No one was injured during the incident but the blaze left an estimated P100,000 in property damages.

According to Staff Sgt. Romel Empis of the San Miguel Police Station, the suspect identified as Angelito Dasaban set fire to a tarpaulin causing the flames to spread inside the house.

Initial investigation indicated that Angelito was at odds with his mother Marcosa Dasaban, 81, who owns the house, and had been struggling with depression based on his family’s statement.

Empis added that Angelito had been showing signs of depression after his house was toppled by strong winds when Typhoon “Odette” hit the province in December.

Marcosa meanwhile left her home when Angelito started to burn things inside the house days prior to the incident.

Angelito has been placed under police custody and charged with Arson.

However, Empis noted that Marcosa was planning to withdraw the complaint against her son. (A. Doydora)