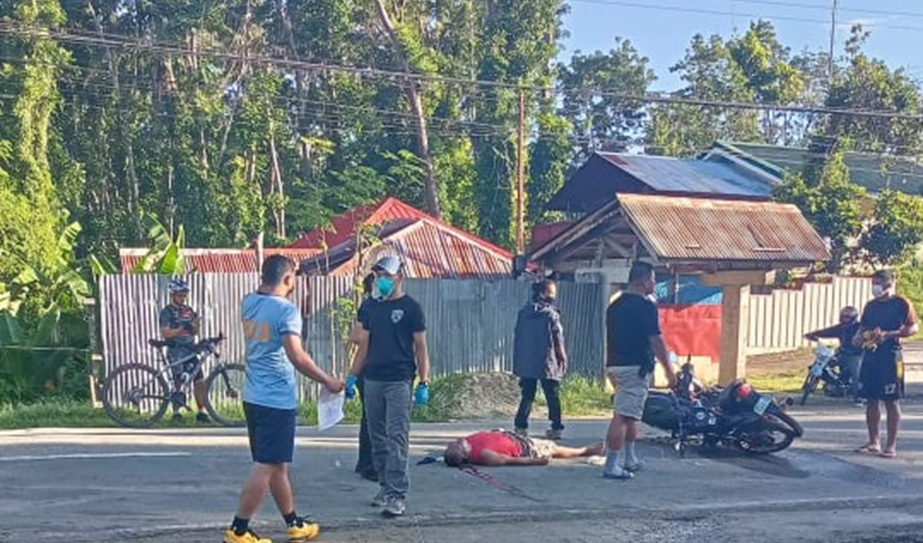 A security guard died while another man was injured in a head-on collision between two motorcycles along a national road in Corella town at past 6 a.m. on Thursday.

Senior Master Sgt. Vicente Garcia, Jr. of the Corella Police Station said the Alfredo Inquito, 43, a security guard of the Corella High School, died on the spot due to severe head injuries.

Meanwhile, the driver of the other motorcycle Antonio Mira, 43, a resident of Loboc town was rushed to a hospital by an ambulance of the Corella Rural Health Unit.

According to Garcia, Inquito who was travelling from Tagbilaran City crossed over to the opposite lane and turned towards the side of the school where he worked.

Mira who was travelling from Sikatuna at the opposite lane did not notice Inquito causing both to collide.

He added that Mira was wearing a helmet while Inquito who sustained fatal injuries was not. (AD)