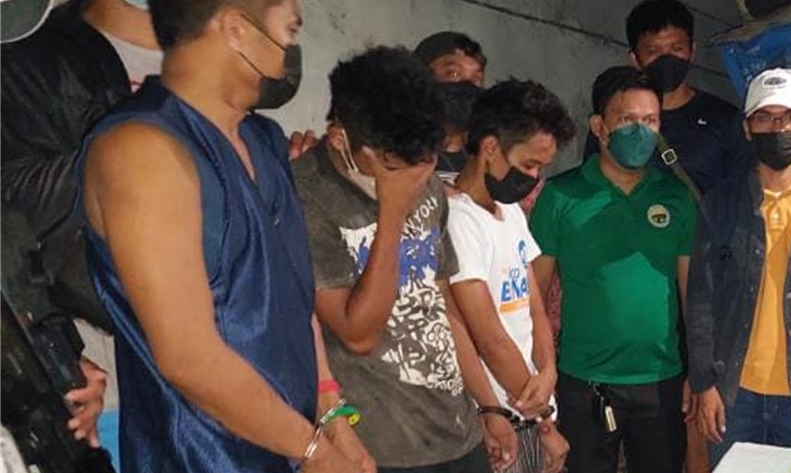 An alleged drug dealer and two of his buyers were arrested inside a suspected drug den in Tagbilaran City on Thursday night.

Authorities set up the sting operation against Bogart Rivera, 35, who was allegedly spotted peddling shabu in the village.

In a report, the PDEA said Rivera sold shabu worth P500 to a poseur-buyer during the staged drug transaction near the suspect’s residence.

However, Rivera sensed he was transacting with an undercover agent prompting him to flee.

He was eventually cornered at his residence where operatives also allegedly caught Albin Simpson, 20, and Marlon Agua, 26, in the act of using shabu.

The authorities also allegedly found seven packets of shabu inside the house.

The seized drugs were estimated to be worth P42,000.

All three men have been arrested and placed under police custody pending the filing of charges against them.