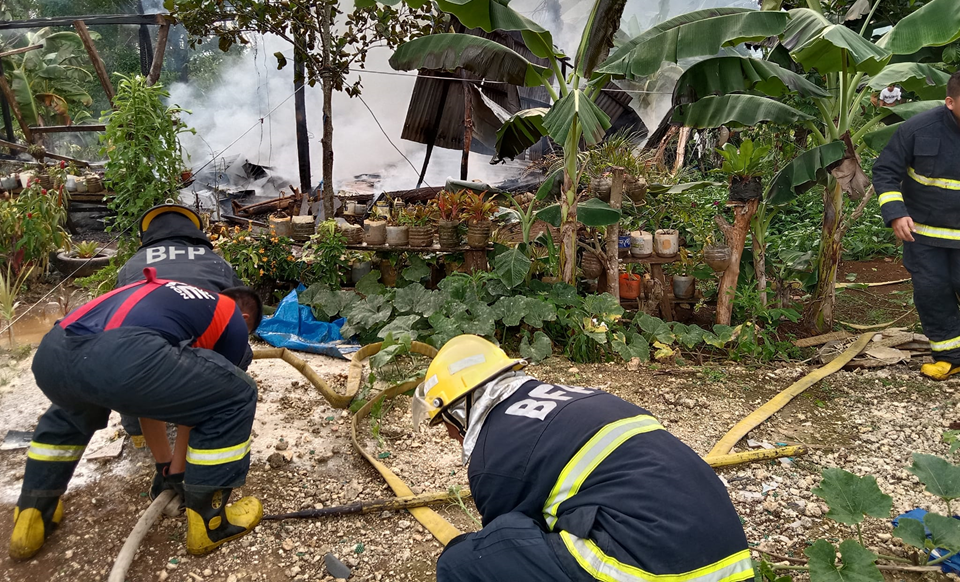 A house in Panglao town was razed by a fire which was believed to have started from a lit candle that had been left unattended after a prayer meeting on Sunday afternoon.

SFO1 Jeryl Jabonete of the Panglao Fire Station said flames had already engulfed the house which was made of light materials when they arrived at 4:42 p.m., six minutes after they were alerted.

No one was injured during the incident but the fire left property damages worth P40,000.

Initial investigation indicated that the fire started from a candle whose flames were believed to have spread to an adjacent curtain inside the house of Feliza Jabonete.

The fire had been lit for several hours when its flame started to spread as residents forgot to put it out after a prayer meeting.

Jeryl said the blaze was declared fire out at 3:48 p.m.

The Panglao Fire Station deployed three fire trucks but authorities noted that they were unable to go near the house due to coconut trees surrounding the area.

The firefighters had to connect several hoses for the water to reach the burning residence.