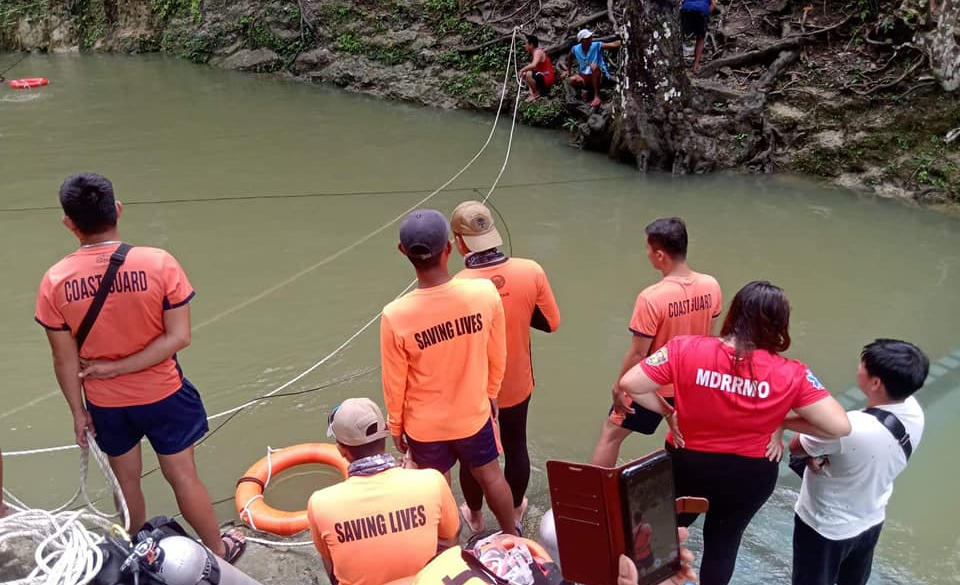 A family’s weekend vacation in Bohol turned tragic when one member drowned in a cold spring in Candijay town on Sunday.

Chief Master Sgt. Joseph Bayron of the Candijay Police Station said the body of Rolly Tora, 39, was found 18 meters underwater in the Canawa Spring in Barangay Canawa at 4:43 p.m., over six hours after he was seen doving into the water.

According to Bayron, they were alerted of the incident at past 10:30 a.m. and immediately deployed a rescue team along with the town’s Municipal Disaster Risk Reduction Office and the Philippine Coast Guard (PCG).

However, the team had difficulty in locating Tora due to rains that made the water murky.

Bayron said a lone diver dispatched by the PCG was unable to find Tora after hours of scouring the deep water prompting them to request assistance from the TaRSIER 117 which deployed a five-man dive team.

Locals have deemed the Canawa Spring as one of the deepest fresh water areas in the province, claiming that none have reached its bottom without diving gear.

Authorities have yet to identify the cause behind the drowning incident, noting that Tora knew how to swim.

Bayron added that Tora was swimming in the spring with 18 others including his live-in partner and the couple’s families.

He was last seen by his live-in partner’s brother who first alerted the rest of the group when he had not surfaced minutes after plunging into the water.

According to Bayron, Tora’s family was staying at a rented farm in Garcia Hernandez town and was scheduled to visit the province’s various tourist spots.

He said the group was supposed to swim at the Can-Umantad Falls in Candijay but the road leading to the area was closed due to renovation. (A. Doydora)