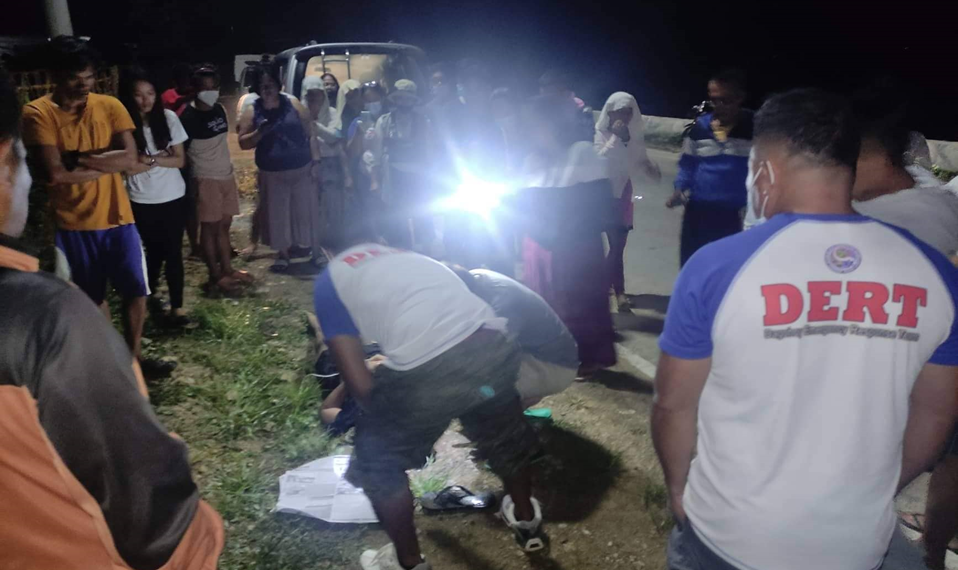 One man died while another was injured after their motorcycle crashed along a national road in Dagohoy town in the wee hours of Tuesday.

Corporal Ruel Mumar of the Dagohoy Police Station said Jaylou Tasis, 21, who rode pillion on the motorcycle died on the spot after sustaining severe head injuries.

The motorcycle’s driver, Allen Bongcales, a 32-year-old seaman, was rushed to a hospital for emergency medical aid.

According to Mumar, Bongcales and Tasis were on their way home from a wedding anniversary celebration in Barangay San Miguel, Dagohoy when they figured in the accident at past 1 a.m.

Both men were under the influence of alcohol based on the police’s initial probe.

Mumar said Bongcales overshot the road along a sharp curve in Barangay Kaluwasan.

After they crashed, Bongcales and Tasis were thrown off the motorcycle causing both to sustain head injuries.

Mumar added that both men were not wearing helmets during the incident.

Authorities have yet to determine the health condition of Bongcales, but Mumar noted that he was conscious when he was rushed to the hospital. (A. Doydora)