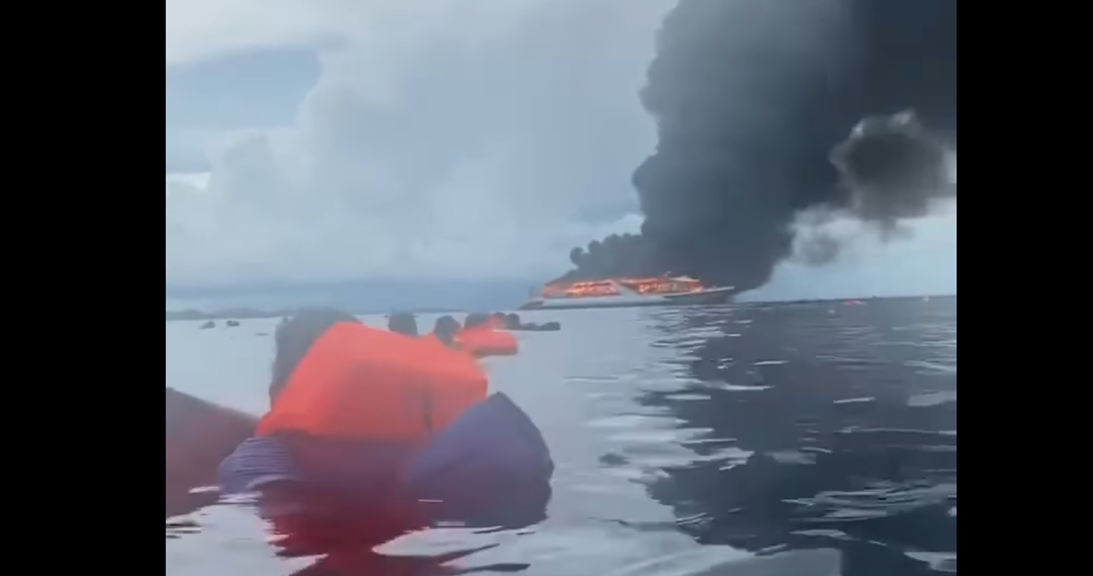 A man initially believed to have been missing after a vessel caught fire and sank in in waters off, Carlos P. Garcia town has been found by authorities, a Philippine Coast Guard (PCG) official said.

The PCG on Monday morning, a day after the sea mishap, confirmed that passenger Andy Toñacao has safely gone home to Hilongos, Leyte.

According to Ensign Dexter Carandang, station commander of the PCG Eastern Bohol, Toñacao did not go missing at sea and was among those rescued immediately after the ill-fated MV Mama Mary-Chloe sank.

Toñacao and several others were transported to Hilongos, Leyte right after they were rescued but authorities failed to record his arrival.

Carandang said Toñacao who was in “deep shock” immediately went home after arriving at the Port of Hilongos and did not undergo processing.

Based on the vessel’s manifest, there were 157 passengers and eight crew members on board, and only Toñacao was unaccounted for on Sunday afternoon.

According to Carandang, they were still conducting an investigation to determine the origin of the fire which caused the boat to sink and led to the death of one passenger, who was identified as Adolfo Rañola, 53, a resident of Trinidad town.

The vessel was travelling from Ubay to Bato, Leyte when the fire was detected at its engine room at 12:45 p.m.

Carandang said the vessel was already in waters between Tilmobo Island and Gaus Island when passengers and crew members started to jump into the water.

After receiving a distress call, the PCG immediately alerted vessels in the area including private motorized bancas which helped in rescuing the passengers. (A. Doydora)