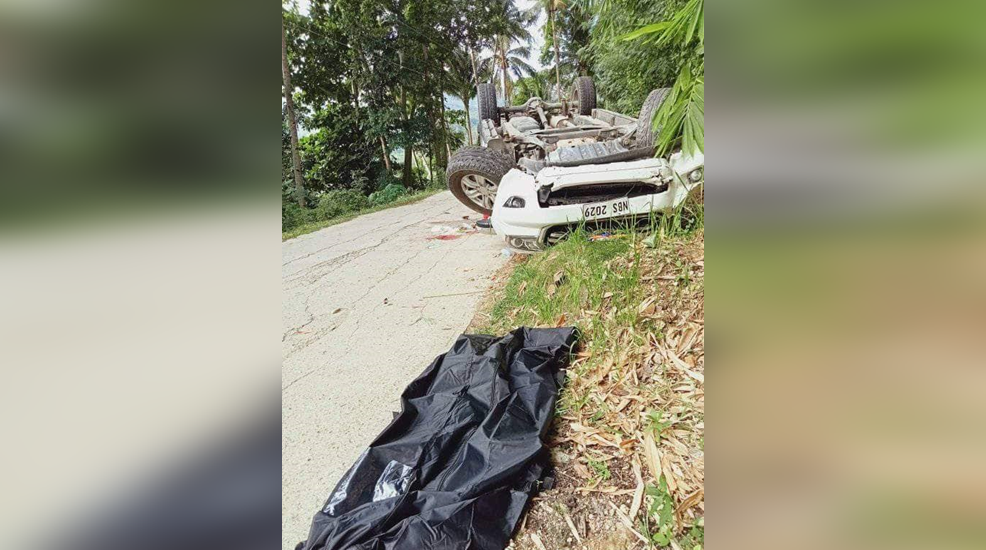 A nine-year-old boy who was on his way home from a swimming trip died after the pickup truck he was riding figured in an accident along a provincial road in Garcia Hernandez on Thursday afternoon.

Corporal Erenio Pamat, Jr. of the Garcia Hernandez Police Station said the driver of the Ford Ranger, Richard Pascual, 28, lost control of the vehicle while negotiating a winding, downhill road in Barangay Calma.

According to Pamat, Pascual grazed the road’s railing causing him to panic and step on the accelerator instead of the brakes causing the vehicle to ram a tree and overturn.

The nine-year-old boy who was sitting at the back portion of the pickup truck sustained severe head injuries and was pinned down by the vehicle.

Those inside the vehicle including Pascual and those at back but were able to jump off only sustained minor injuries.

According to Pamat, the boy who was close to Pascual’s family and was their neighbor in Ubay went with them on a swimming trip at Maambong Spring.

They were on their way home to Ubay when the accident happened.

Pamat added that they were awaiting the decision of the boy’s family to either file a case or accept a settlement with Pascual. (A. Doydora)