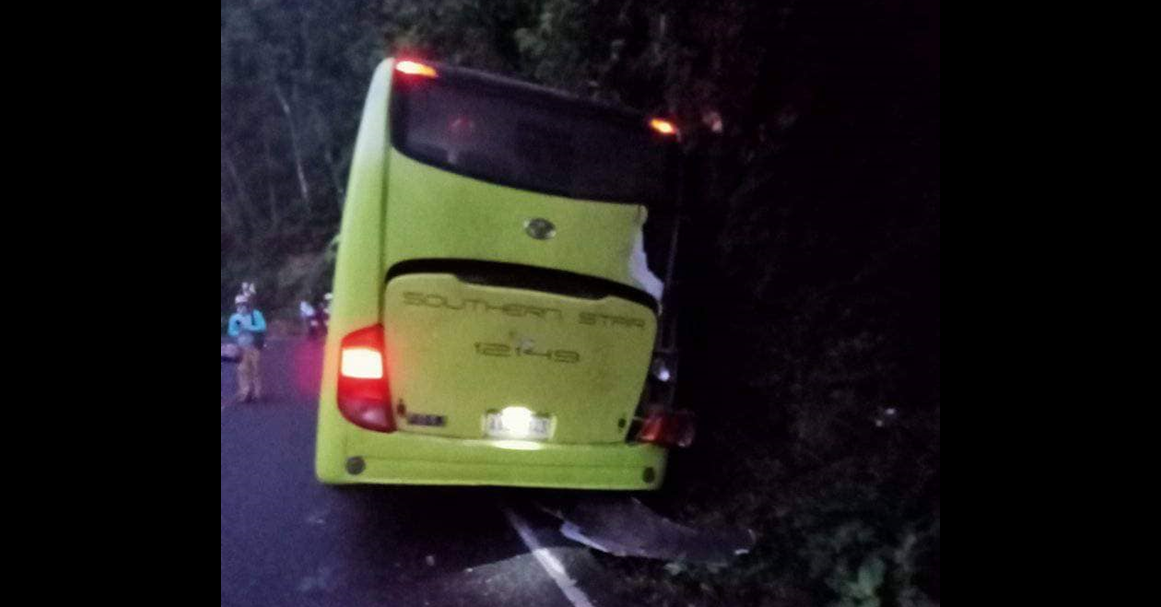 Another unit of the Southern Star Bus Transit, Inc. (SBTI) figured in an accident along a national road in Bilar town early on Wednesday.

According to Staff Sgt. Jerome Sugabo of the Bilar Police Station, the Tagbilaran City-bound bus overshot the road causing it to fall into a gutter.

The bus’ driver, Epifanio Padilla, and 10 passengers were unharmed.

They were transported to Tagbilaran City onboard another SBTI unit.

Padilla told authorities that he lost control of the vehicle due to the slippery road.

Authorities noted that it had been raining hours prior the incident.

In less than two months, there had been three previous accidents involving the SBTI.

On May 26, at least a dozen passengers were hospitalized after an SBTI bus crashed and overturned a few meters from a ravine in Loboc.

Another SBTI bus rammed a house in Loboc town on May 29 resulting in property damages.

However, authorities noted that the SBTI bus crashed as it was avoiding a wayward sedan which had one of its tires blown.

On June 16, of the SBTI’s buses was caught on video as it went wayward along a national highway in Loboc town.

No one was injured during the incident but the footage which went viral on Facebook showed the bus’ driver losing control of the vehicle while making a sharp turn, eliciting screams from passengers. (A. Doydora)