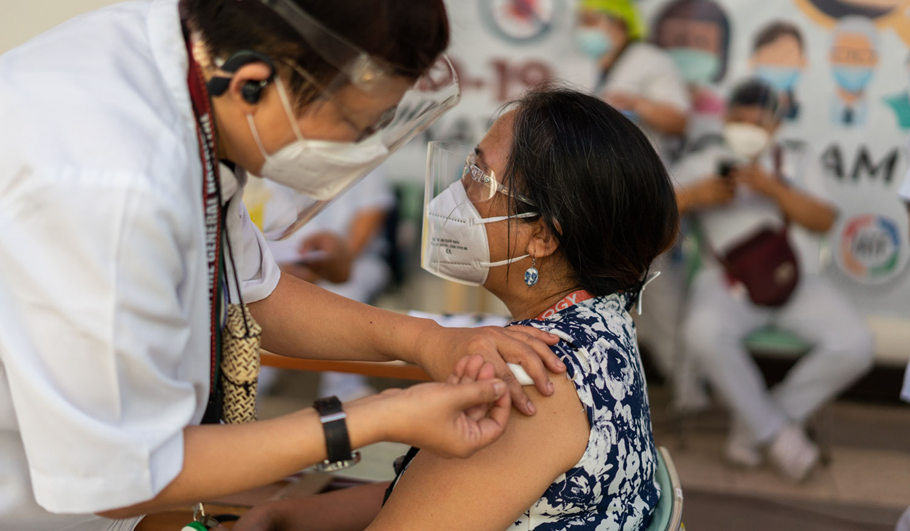 The Provincial Government of Bohol, in a bid to ramp its vaccination of senior citizens against COVID-19, will conduct house-to-house inoculations for the age group.

Provincial Administrator Asteria Caberte said the initiative will be carried out by the Provincial Health Office’s mobile vaccination team.

The program will be implemented in accordance with President Bongbong Marcos’ new directive to inoculate 90 percent of the senior citizen population.

“This is a marching order from the President then cascaded to the Governor [Aris Aumentado]. In response to that, I gave an instruction to the PHO and the rest of the medical group to submit an action plan on how to deliver on this,” said Caberte.

According to Caberte, they will also establish a vaccination site at the Sandugo Festival grounds in the old Tagbilaran City Airport which will accept walk-in inoculations.

The provincial government has been reviewing its vaccination program and implementation of other protocols intended to curb the spread of COVID-19.

Caberte said this was prompted by the steady rise in the number of COVID-19 cases in the province.

Based on data from the Emergency Operations Center, the number of active COVID-19 cases in Bohol spiked to 34 on Thursday after consistently recording single-digit cases in the past weeks.

According to Caberte, six of those infected were confined at the Governor Celestino Gallares Memorial Hospital in Tagbilaran City.

All of those hospitalized have not been vaccinated against COVID-19, she added. (ad)