Man stabs wife, self in Anda 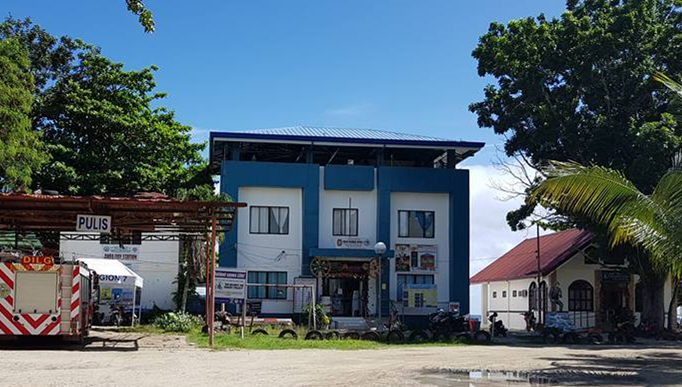 Man stabs wife, self in Anda

A man allegedly stabbed his estranged wife then himself in Anda town following a heated argument which started when the victim refused to give him money.

Both persons were rushed to the Candijay Community Hospital and were then referred to the Governor Celestino Gallares Memorial Hospital in Tagbilaran City where they continued to be treated for their injuries.

According to Senior Master Sgt. Angelito Villondo, Rodolfo Deloy confronted his wife Emelda at his neighbor’s home where she has been living, and asked her for money at past 9 p.m. on Wednesday.

Rodolfo allegedly stabbed his wife multiple times causing her to fall down.

Emelda’s nephew, Jaybe Delusa tried to stop Rodolfo but ended up also getting struck with a knife by the suspect.

Following the tussle, Rodolfo stabbed himself in the stomach.

Their neighbors then alerted the authorities who rushed the husband and wife to a hospital.

Emelda, who sustained at least seven stab wounds across her body, was already in stable condition.

Meanwhile, Rodolfo remained under hospital arrest and was scheduled to undergo surgery.

Abeuava said a frustrated parricide charge will be filed against him. (A. Doydora)