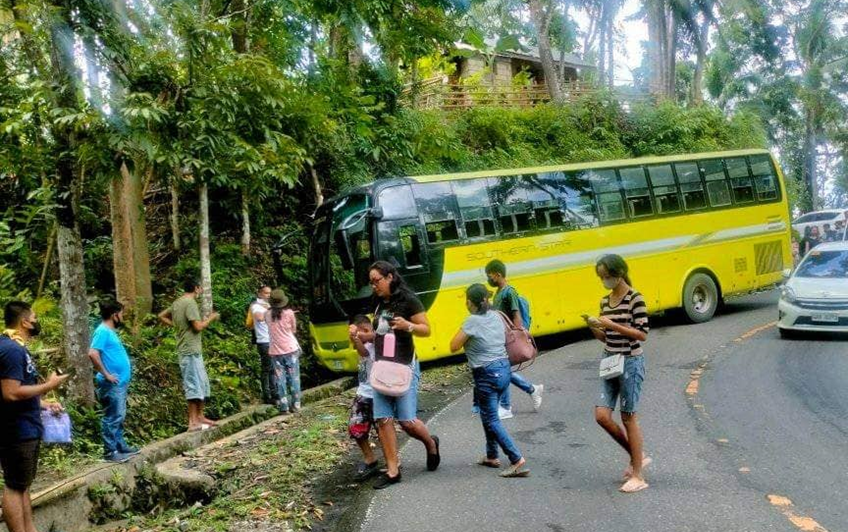 Another unit of the Southern Bus Trasnit, Inc. has figured in an accident in Loboc town on Wednesday morning.

Staff Sgt. Robinson Corneto of the Loboc Police Station said the bus which was on its way to Tagbilaran city overshot the road and partially fell into a roadside canal at past 9 a.m.

The bus was full during the incident but none of those on board including the driver Abelardo Dampog were uninjured.

Passengers of the bus were transferred to another bus.

Meanwhile, the bus which figured in the accident remained at the side of the road as of 10 a.m.

Last week, a 68-year-old man died after he was hit by the open door of a moving Southern Star bus.

The man who was identified as Norberto Lumanas sustained head injuries which resulted to his death hours after the accident. (AD)