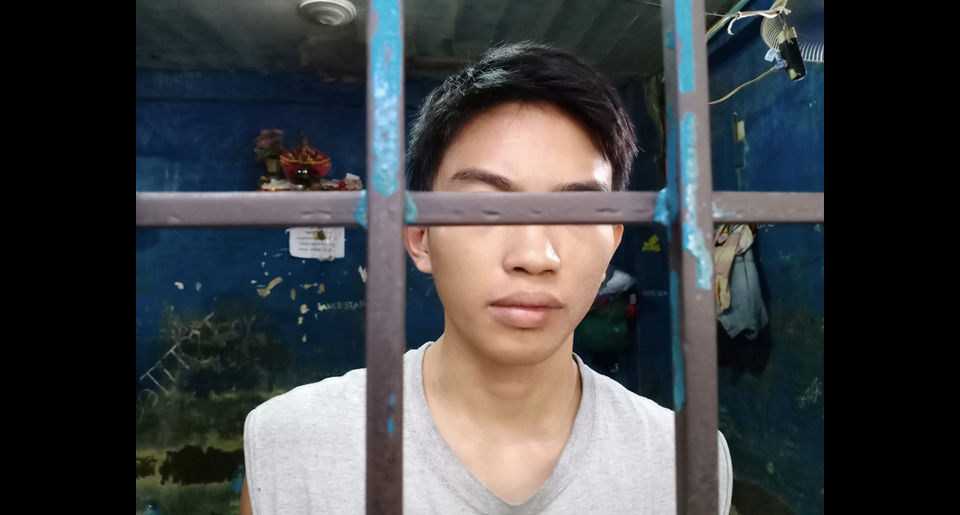 A murder charge will be filed against the distressed 21-year-old who fatally bashed the head of a Boholano church caretaker with a hammer in Cebu City.

According to Staff Sgt. Junrel Dublin of the Mambaling Police Station, they file will file the complaint on Wednesday against Jerry Casio, Jr. who was arrested by police following a brief chase immediately after he killed Pelagio Marine, Jr., a native of Talibon, on October 28.

Casio confessed to having committed the crime, claiming that he was not in the right frame of mind due to personal problems.

Meanwhile, the detained suspect will also face a robbery with physical injuries charge after police found out that he had also robbed another man prior to the hacking incident.

This was after police found in his possession a wallet owned by one Jemshan Patiño, a 19-year-old student.

Casio later admitted that he got the wallet from Patiño who he also mauled on October 26, two days after he allegedly killed Marine.

Dublin said the conflict between Casio and Marine erupted when the latter reprimanded the 21-year-old for smoking at the premises of the San Roque Parish in Barangay Mambaling, Cebu City.

Casio went home and returned at past 2:30 a.m. wielding a hammer which he used to bash the head of the victim who was asleep.

A witness reported the incident to police which in turn deployed a team to apprehend Casio. (ad)