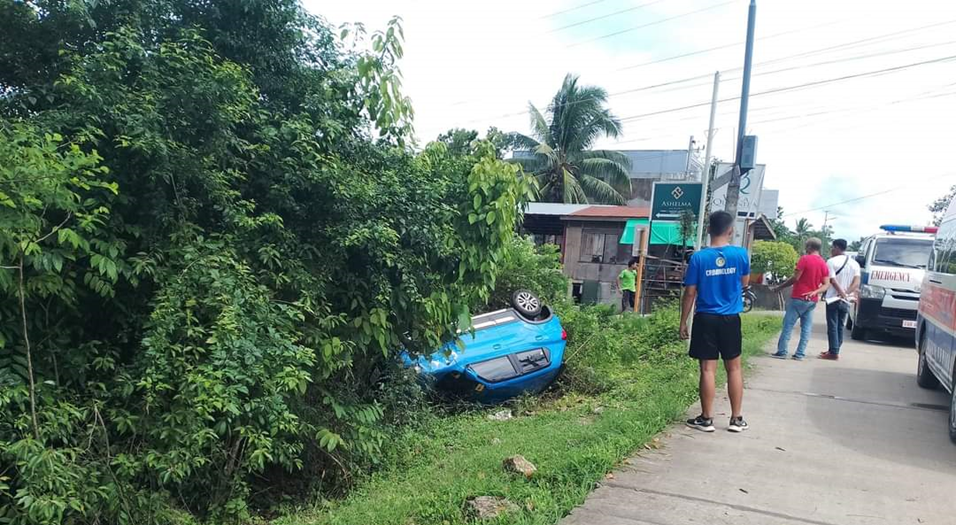 A 69-year-old America n national survived a road mishap in which his vehicle was thrown off to the side of the road and turned turtle in Dauis town on Wednesday morning.

According to Corporal Conchito Payac of the Dauis Police Station, the Suzuki S Presso driven by Normal Gomez, a resident of Dauis town was rammed by another vehicle causing it to roll down a shallow slope at the side of a national highway in Barangay Tinago.

Payac said Gomez was about to make a turn when the speeding Nissan Navara driven by one Alejandro Cloma, 44, hit the rear portion of his vehicle.

Both vehicles rolled due to the impact causing severe damages.

However, both Gomez and Cloma only sustained minor injuries.

Payac added that both parties reached an amicable settlement. (ad)