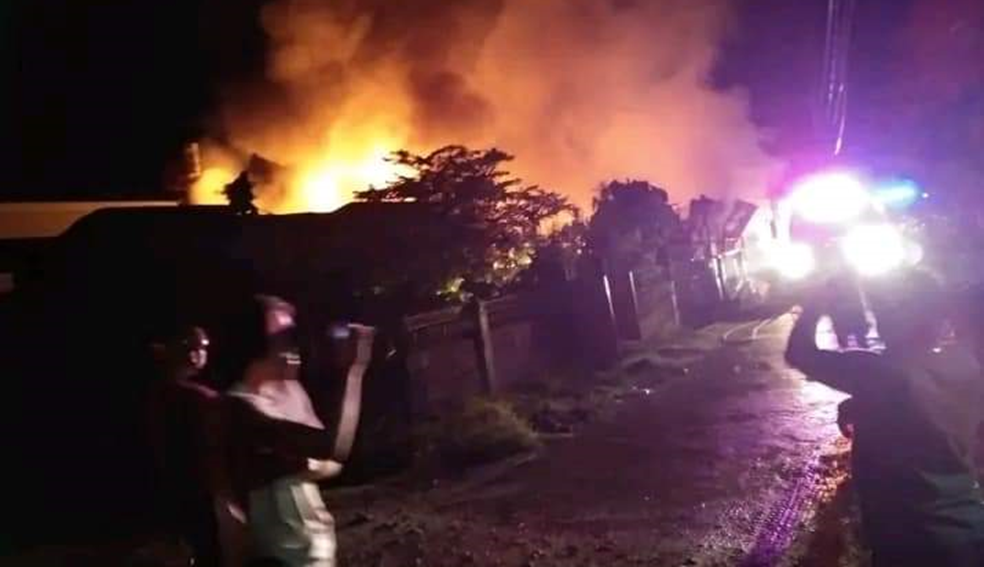 A fire which broke out in the wee hours of Tuesday gutted a bodega storing various appliances and other home products in Jagna town.

SFO3 Rico Tadena of the Jagna Fire Station said no one was injured during the incident but the fire left over P1 million in property damages at the warehouse owned by YK Enterprises.

According to Tadena, they are still conducting investigations to identify the cause of the fire.

The fire which started at past 3 a.m. was first noticed by residents living near the bodega which had no occupants when blaze started to spread.

The fire had already engulfed the structure when the fire authorities arrived.

Tadena said the fire reached third alarm prompting fire stations in the towns of Garcia Hernandez and Duero to also deploy teams to the area.

The fire truck of the Bohol Limestone Corp. also sent a water tanker.