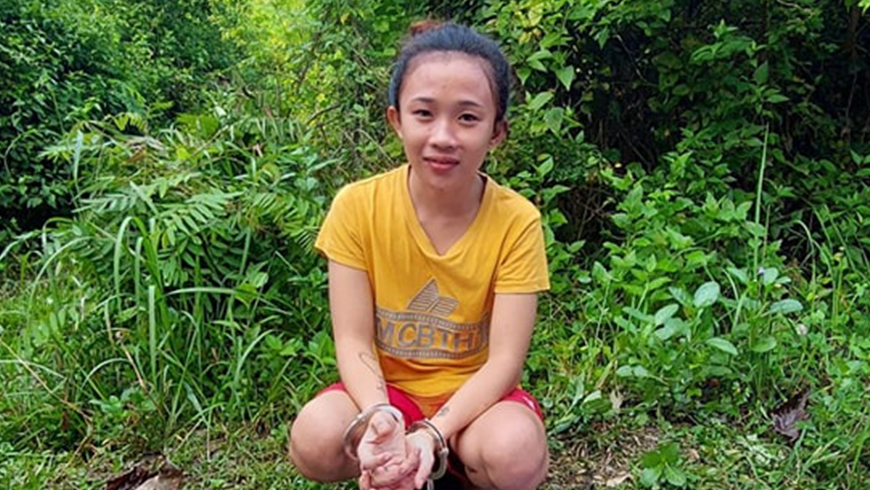 A 24-year-old woman deemed a “high-value target” in the police’s anti-drug drive who was long eluded authorities was finally arrested during a buy-bust operation in Dauis town on Tuesday morning.

According to Cheung, various police units including the Bohol police Provincial Intelligence Branch (PIB) have been going after Maslog for several months, but she was previously unidentified and was known only to authorities by description as a “small girl.”

Cheung said it took a while for them to identify Maslog as a drug personality due to her inconspicuous means of transacting and her physical features which made her appear to be young girl.

Maslog allegedly sold shabu to an undercover cop during the staged drug transaction at the side of the road in Barangay Totolan leading to her immediate arrest.

Cheung added that Maslog has been getting her drug supply through detained connections at the Bohol District Jail including her ex-husband who is locked up at the said facility.

The said detainees control transactions through runners who leave the drug supply in certain places for dealers like Maslog to pick up.

Cheung who was previously with the PIB admitted that authorities have yet to figure out how detainees continue to facilitate drug transactions inside the BDJ.

Maslog was detained at the Dauis Police Station lock-up facility pending the filing of charges against him.

She will be facing criminal complaints for sale and possession of illegal drugs. (A. Doydora)