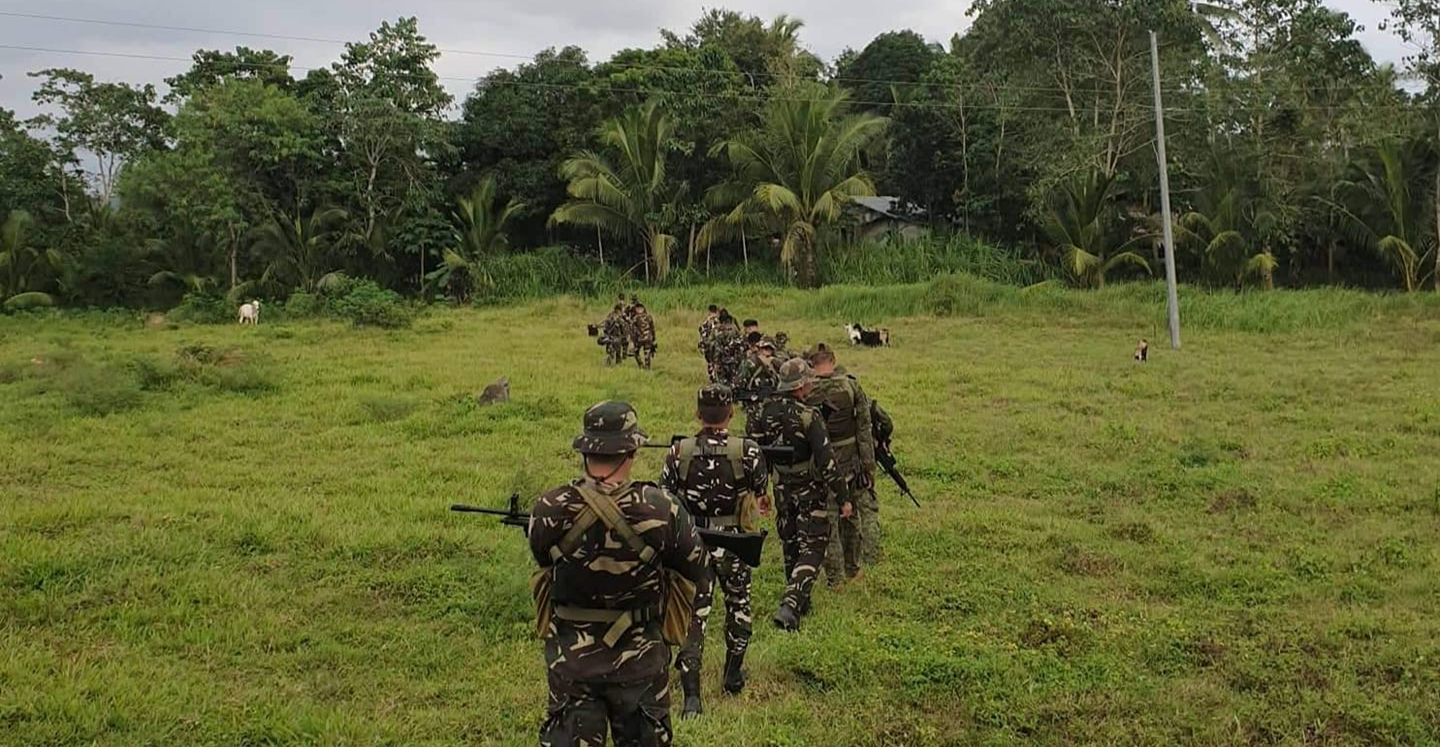 Government troopers are in pursuit of suspected members of the New People’s Army (NPA) following a clash between the Philippine Army (PA) and an estimated 10 rebels in a remote village in San Isidro town on Wednesday morning.

Police operatives and soldiers of the PA’s 47th Infantry Battalion have set up checkpoints in San Isidro and surrounding municipalities to flush out the NPA rebels, said Second Lt. Gin Lagunero, assistant civil operations officer of the 47th IB.

According to Lagunero, the brief encounter erupted at past 10 a.m. in the hinterlands of Barangay Baunos.

No one was injured during the exchange of gunfire which lasted for around 10 minutes.

The rebels who had set up an encampment near the said village were noted to have been armed with .45 caliber pistols and AK-47 rifles.

Lagunero said the 47th Infantry Battalion soldiers were responding to complaints from concerned citizens that armed men were forcing some residents to give them food.

The responding government troops then encountered the armed men but the latter were able to flee and managed to lose the pursuing soldiers using the area’s thick vegetation.

According to Lagunero, the armed men were remnants of the NPA’s Bohol Committee Party which is believed to be led by Domingo Compoc.

Compoc is a top NPA commander who is native of Bilar town.

He has a P2.6 million bounty on his head and is facing a string of charges including rebellion, homicide, attempted homicide, theft, multiple murder, frustrated murder and robbery.

He acknowledged civilians’ coordination with the authorities as one of the factors that have foiled the NPA’s efforts to reestablish a stronghold in Bohol, which was once a a hotbed for communist insurgency.

“As part of our ongoing efforts to put an end to the local communist armed conflict and stop their recovery efforts in Bohol Island, the residents’ willingness to assist the soldiers by providing noteworthy information on the whereabouts and activities of these NPA terrorists is extremely helpful,” Depayso said in a statement. (A. Doydora)