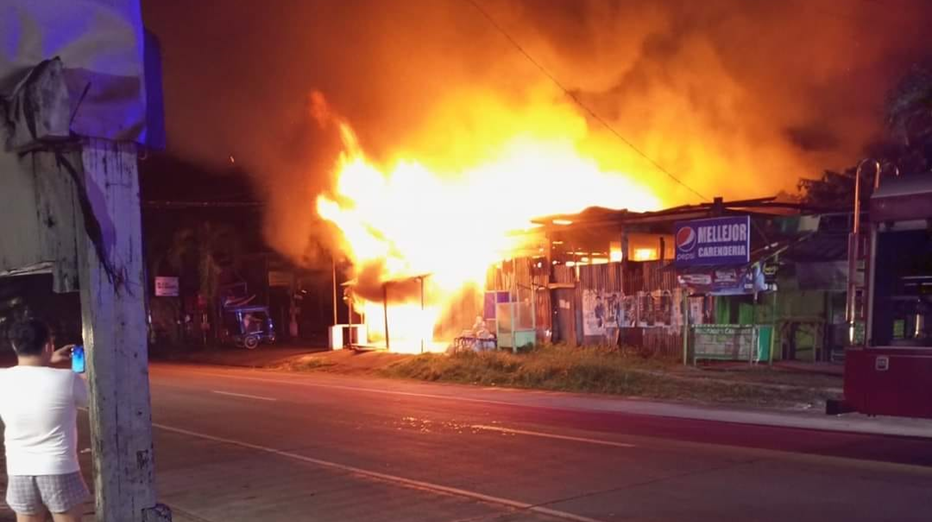 A fire caused by unattended cooking razed a restaurant located in a commercial area in Loon town at past midnight on Friday, authorities said.

FO3 Mark Banares of the Loon Fire Station said no one was injured during the incident but the fire left property damage estimated at over P120,000.

The restaurant located near the national highway in Barangay Motor Norte and owned by one Hospicio Camelotes was made of light materials.

According to Banares, the restaurant’s cook Dante Maratas fell asleep while tenderizing meat in a pan. All of the water in the pan evaporated eventually causing it to melt and catch fire.

The fire had already engulfed a large portion of the restaurant when Maratas woke up.

Banaras said the blaze could no longer be put out using a fire extinguisher prompting Maratas to flee and alert nearby residents who in turn called the authorities.

The Loon Fire Station immediately deployed fire trucks and personnel who were able to place the blaze under control at 12:58 a.m.

Bernas added that the restaurant was situated between several other establishments but the blaze was not able to spread due to a firewall.