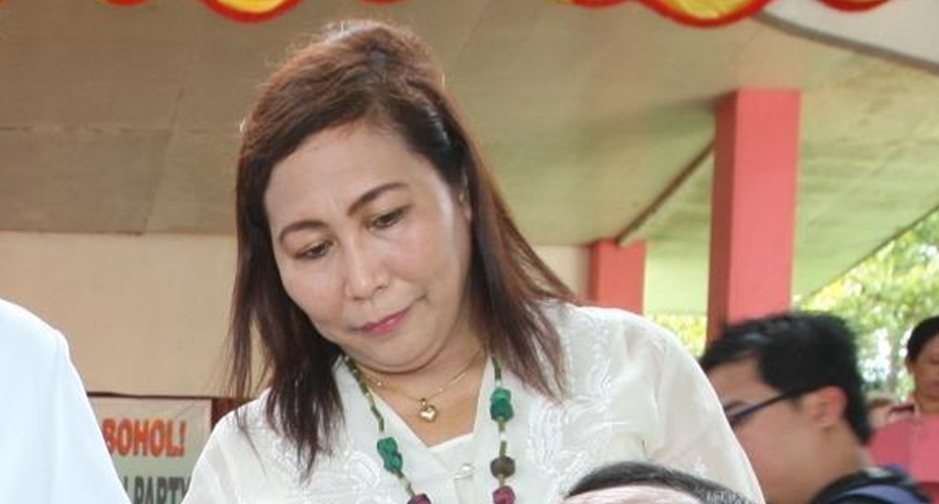 The Saniganbayan has sentenced former Cortes mayor Apolinaria Balistoy to a total of 48 years imprisonment for falsifying liquidation documents for her cash advances amounting to over P20,000 in 2010.

In a 39-page decision promulgated on January 20, the Sandiganbayan’s Fifth Division found Balistoy Guilty of four counts of falsification of public documents and one count of graft.

The anti-graft court perpetually disqualified Balistoy from holding public office and slapped her with a fine of P10,000 for each count of falsification.

Balistoy was also ordered to indemnify the municipal government P20,779.50, which is equivalent to the cash advances she unlawfully received, with interest of 6 percent per annum until fully paid.

Based on the decision, she was sentenced to six years and one month to eight years in prison for violating Republic Act 3019, otherwise known as the Anti-Graft and Corrupt Practices Act.

Meanwhile, the Sandiganbayan sentenced her to four years and two months to up to 10 years of imprisonment for each count of falsification, which is penalized under Article 171 of the Revised Penal Code.

The case stemmed from Balistoy’s multiple unauthorized trips to Cebu City in which she used falsified Certificates of Appearance dated January 5, 20, and 21 in 2010 and February 4 and 5 in 2010.

According to the Sandiganbayan, the then-chief executive’s travels to Cebu City were not authorized by the Office of the Governor as indicated in the findings of the Ombudsman which filed the case against Balistoy in 2016.

“Mayor Balistoy neither presented nor submitted the originals of the subject Certificates of Appearance, and that the details appear to be superimposed. Not a single purpose is specified. What is merely indicated in each certificate is that ‘This certification is issued for whatever legal purpose it may serve her,” the Sandiganbayan said.

The anti-graft court added that the Certificates of Appearance were made to appear that they were signed by Lorenzo Canapi of the Civil Service Commission but it was found out that he had already retired by July 31, 2009.

“Dr. Canapi’s so-called signatures in the said certificates affected the integrity of the documents. By submitting submitting and using the spurious Certificates of Appearance to liquidate her cash advances, Mayor Balistoy is considered as the forger,” it said.

In 2016, an arrest warrant was issued against Balistoy, but she remained at large until February 17, 2021 when she was arrested by National Bureau of Investigation agents at the Ninoy Aquino International Airport.

She was released on the same day after posting bail for her temporary liberty. (rt)