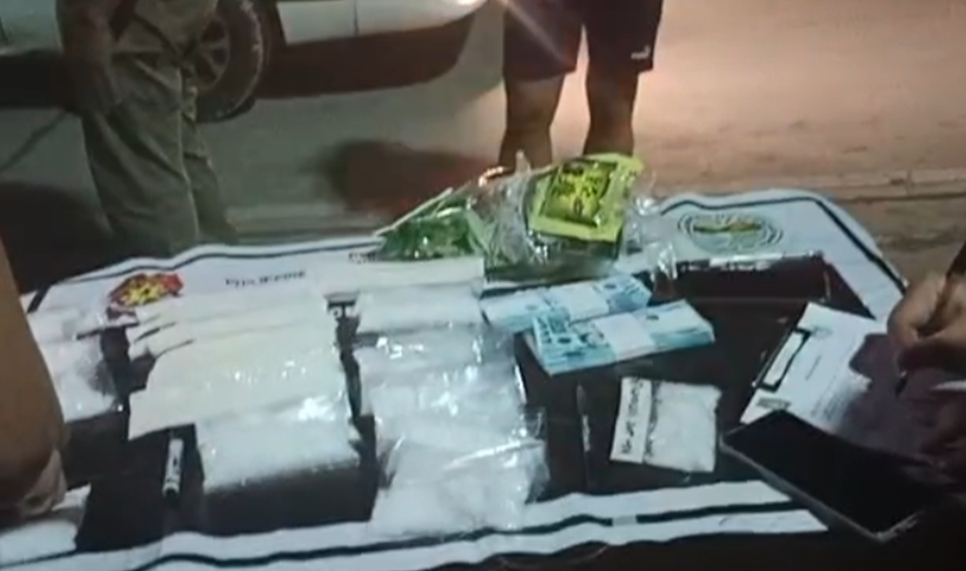 The illegal drugs were confiscated from a man identified as John Albert Iter during a buy-bust operation along the Circumferential Road in Barangay Poblacion in Dauis town at past 6 p.m.

According to Lt. Thomas Zen Cheung, chief of the Dauis Police Station, Iter sold shabu worth P50,000 to a poseur-buyer leading to his immediate arrest.

He said the shabu which was wrapped inside a tea bag with Chinese markings was found inside the utility box of Iter’s motorcycle.

The seized drugs weighed over 1.2 kilos and were estimated to cost P6,700 per gram.

Governor Aris Aumentado and Dauis Mayor Roman Bullen arrived at the operation site following the arrest and congratulated both the Bohol Provincial Police Office and PDEA.

The shabu seized from Iter was the largest drug haul seized since Aumentado took over as governor in July last year.

According to Cheung, the arrest resulted from their interrogation of previously arrested drug suspects.

He noted that Iter is a newly identified drug personality who only became known to authorities recently.

Cheung refused to divulge information on the possible source of the illegal drugs pending follow-up operations to be conducted to identify and arrest Iter’s suppliers.

On Tuesday night, police in Dauis arrested Falcris Felcris Vaño, a 26-year-old resident of the town, who was caught in possession of shabu worth P1.7 million. (AD).