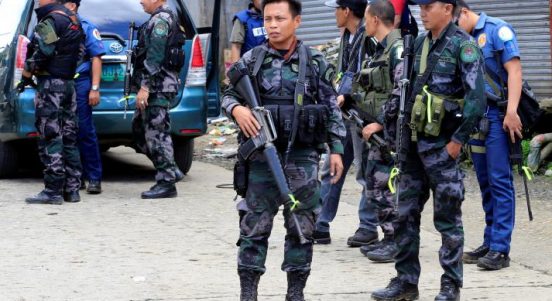 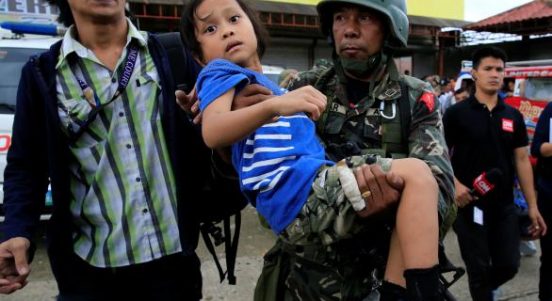 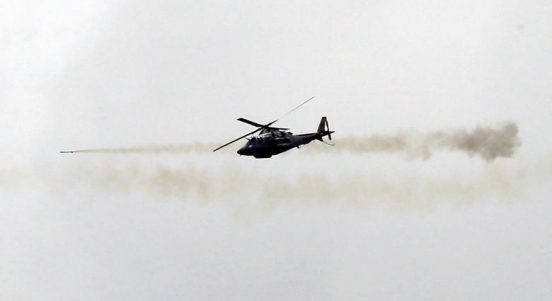 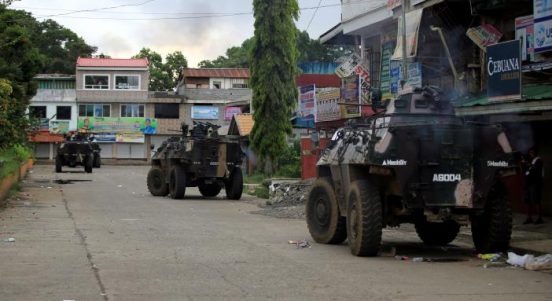 A week-long assault by Islamist rebels in the southern Philippine city of Marawi is being fueled with stolen weapons and ammunition and fighters broken out of jails, the military said on Wednesday, as troops battled militants resisting ground and air attacks.

The pro-Islamic State Maute group has proven to be a fierce enemy, clinging on to the heart of Marawi City through days of air strikes on what the military called known rebel targets, defying expectations of a swift end to their occupation.

The military deployed for the first time SF-260 close air support planes to back attack helicopters and ground troops looking to box rebels into a downtown area. The army said the rebels hold about a tenth of the city.

The hardline Maute had kept up the fight with rifles and ammunition stolen from a police station, a prison, and an armoured police vehicle, and were using them to hold off the troops, said military spokesman Restituto Padilla.

The militants had freed jailed comrades to join the battle and opted to engage in urban warfare because the city had stocks of arms and ample supplies of food.

Philippine President Rodrigo Duterte is alarmed by the strength of the Maute and intelligence reports suggesting it has teamed up with other extremist groups and has recruited foreign fighters.

He last week declared martial law on Mindanao island where Marawi is located, in a move to quell movements he said he had long warned would mushroom into what is now an Islamic State invasion.

“I specifically warned everybody there is more dark cloud ahead of us. I was referring specifically to the contamination of ISIS slowly creeping towards our shores,” Duterte told navy personnel in Davao City.

“In Marawi now, I have to tell you we have suffered tremendous losses because we are the invading force and they have been waiting for a long time for the forces of the republic to come.”

Eighty-nine militants, 21 security forces and 19 civilians have so far been killed during clashes. The slow pace of the military’s efforts to retake Marawi – with air support and far superior firepower than the rebels – has prompted questions about its strategy.

That has been compounded by social media images of smiling fighters with assault rifles posing on an armoured, U.S.-made police combat vehicle, dressed in black and wearing headbands typical of Islamic State.

Another picture showed a bearded man at the wheel of a police van flying an Islamic State flag. The authenticity of the images has not been independently verified and the military has urged the public not to spread “propaganda”.

The military believe the Maute group staged the Marawi takeover to prove itself to Islamic State and try to win its endorsement as its affiliate in Southeast Asia.

Duterte said he would not allow Islamic State to gain traction in the Philippines and inflict murder on the scale of Syria and Iraq.

He changed his mind on last week’s offer of dialogue with Maute and said he “will not talk to the terrorists”.

“They are trying to correct the way of living for everybody. They do it by killing people, invoking the name of God and that is a very terrible ideology,” he said of Islamic State.

“It does not know anything except to waste human lives.”

Security experts believe extremists in the southern Philippines have quietly become better organised and funded, pointing to the Maute’s rapid rise from obscurity.

Congress held a special hearing on Wednesday on martial law, which minority bloc lawmakers said was an overreaction by Duterte and a unilateral decision he made while overseas.

But most legislators back the measure as being needed to meet the security threat.

“We have a serious problem,” said congressman Harry Roque, who filed a resolution supporting martial law.

“ISIS is not a small problem, it is a very big problem.” (Reuters/Tom Allard)