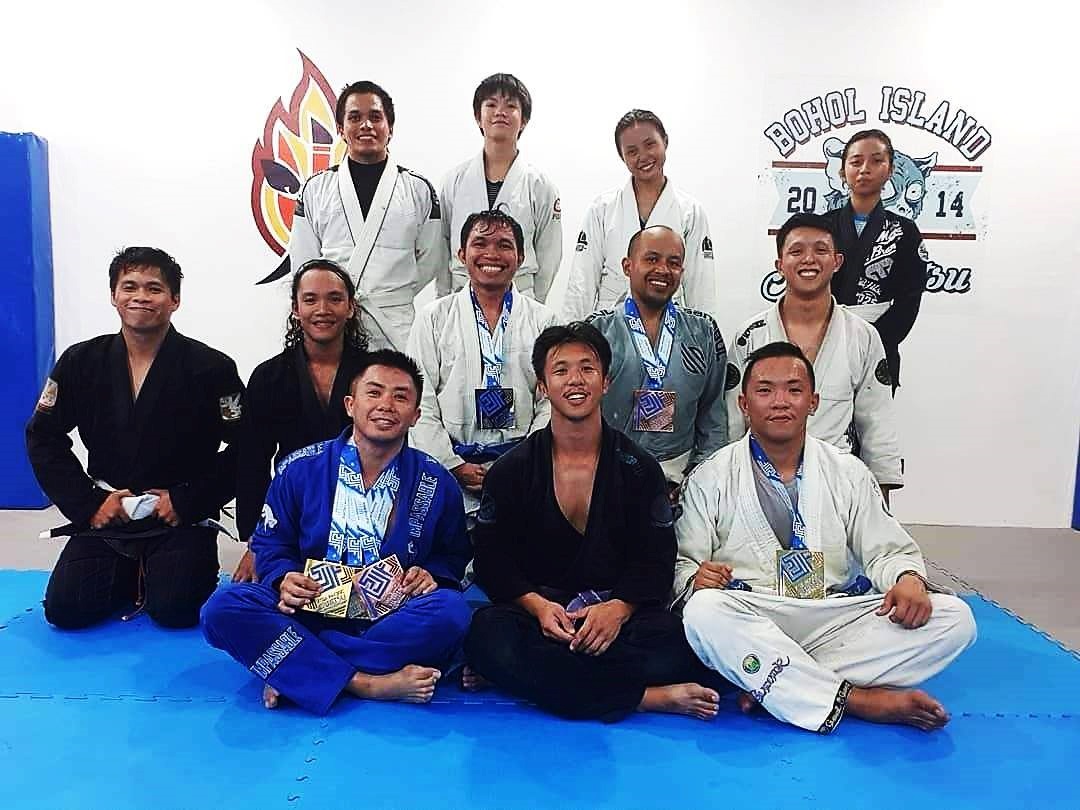 Aside from gold, competitors from Bohol Island Jiu-Jitsu (BIJJ) also bagged one silver and two bronzes during the two-day event at Robinsons Galleria Cebu on June 1 and 2, 2019.

The BIJJ delegation was led by coaches John Albert Uy and John Chan.

Blue belt Vincent Limpot captured the other gold for the Bohol delegation in the Adults Gi Medium Heavy Division.

The Asia-Pacific Jiu-Jitsu Championship 2019 was organized by Dumau Philippines in partnership with the Asian Sports Jiu-Jitsu Federation (ASJJF).

The event is deemed the biggest jiu-jitsu tournament in Southeast Asia.

It was participated by competitors from the Philippines, Korea, Japan, Malaysia, Singapore, Australia and the US. (ad)