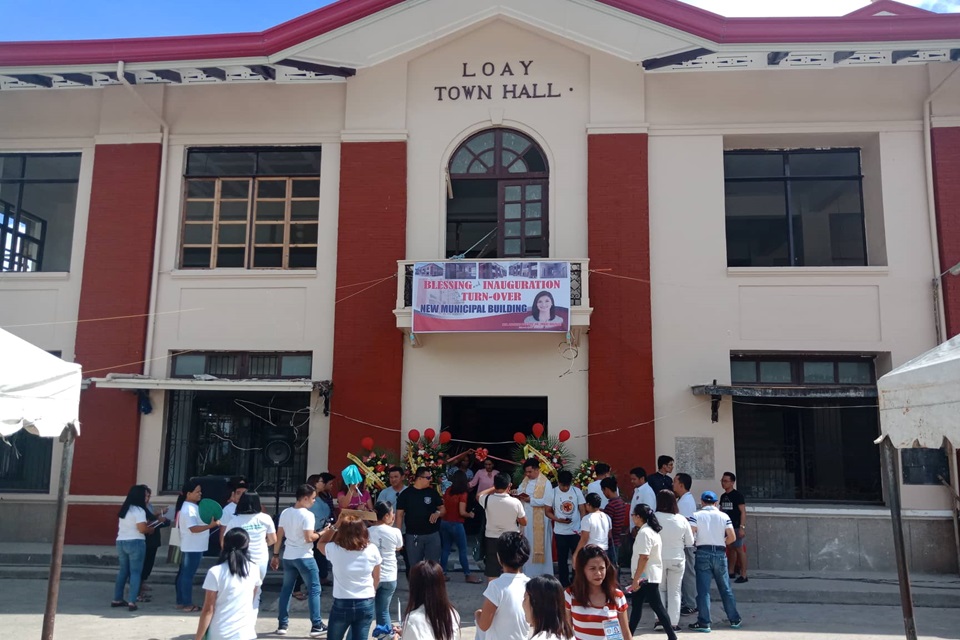 The P72.5-million rehabilitated municipal hall of Loay town and its expansion segment were inaugurated on Wednesday, even before their completion.

According to former Loay mayor May Imboy, mother of outgoing Mayor Rochelle Brigitte Imboy, it was a “partial turnover” as only the complex’ Phase 2 is close to completion.

A ceremony led by the Imboys was held for the buildings’ inauguration and blessing, ahead of Rochelle’s exit as local chief executive on Sunday.

Several offices including those of the engineering, accounting, treasurer and Municipal Planning and Development Council of the town started to operate out of the Phase 2 building in mid-May.

Rehabilitation and expansion of the quake-hit structure is being funded through the Bohol Earthquake Assistance Fund. In 2016, construction works of the original town hall, which is now Phase 1 of the project, were hounded by controversy after the supposed demolition of the structure started.

The National Historical Commission of the Philippines blocked the demolition of the century-old structure for its historical value. The building was instead rehabilitated and expanded.

Three years later, however, the project remains unfinished with the Imboys ending their 12-year reign in the town on June 30.

May was the mayor of Loay for three consecutive terms from 2007 to 2016. She was replaced by daughter Rochelle who ran and won as mayor in 2016.