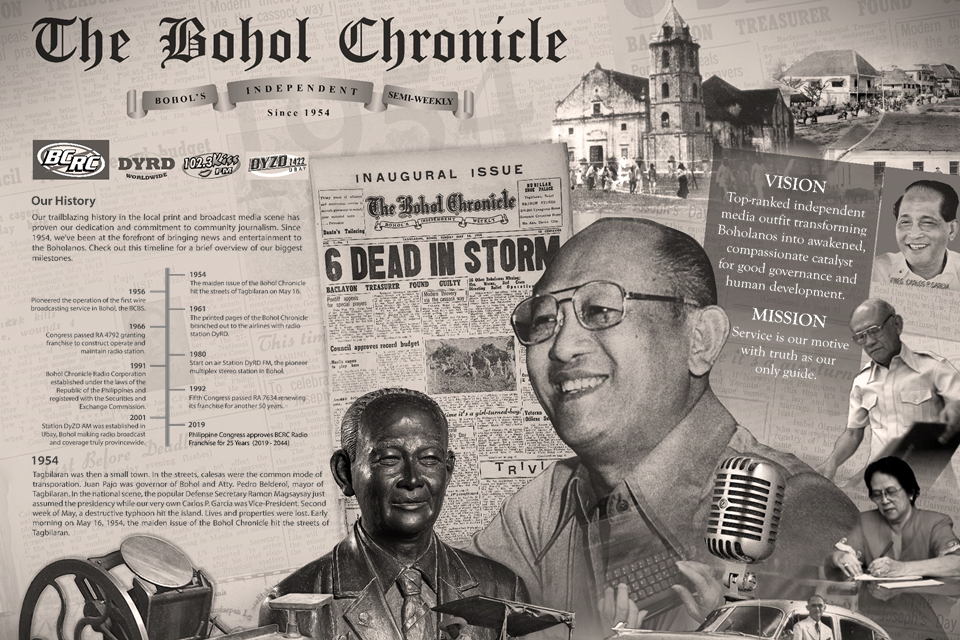 The Bohol Chronicle which is now on its 65th year was picked as one of the finalists in the 2018 Civic Journalism Community Press Awards of the Philippine Press Institute (PPI).

The awards night will be held during the annual National Press Forum on July 4 and 5 in Manila.

This year’s theme is “Governance, Media, and Democracy: Building Better Communities” which will highlight the role of media in both local and national affairs as the fourth estate and watchdog.

The Civic Journalism Community Press Awards, now on its 23rd season, will cap the two-day celebration.

The finalists are: Baguio Chronicle, MetroPost, The Mindanao Cross, The Bohol Chronicle, BusinessWeek

The awards program, the only one of its kind by far, is being managed by the Asian Institute of Journalism and Communication (AIJC) and supported by Nickel Asia Corporation (NAC).

The PPI describes the forum as “a once-a-year opportunity to engage in meaningful discussion on an issue that matters to the public and all of the Philippine media. The publishers and editors from the member-newspapers will be joined by guests from the academe, government, embassies, and civil society organizations.”

Noted speakers will be former Senate President Aquilino Pimentel, Jr., considered as the father of local government code and a staunch advocate of federalism will share his take on the two subjects. Former Commission on Elections Chairman and 1986 Constitutional Convention member Atty. Christian Monsod will discuss the (proposed) Puno Federalism in relation to preserving democracy and promoting press freedom.

In the midst of the rise in digital platforms, PPI remains optimistic that print journalism will still remain.

“The print is not dying. It will not die. It is – being and will be – challenged by other platforms, news or otherwise…Newspapers have survived the test of times,” it said.