A glimpse of the old in the new 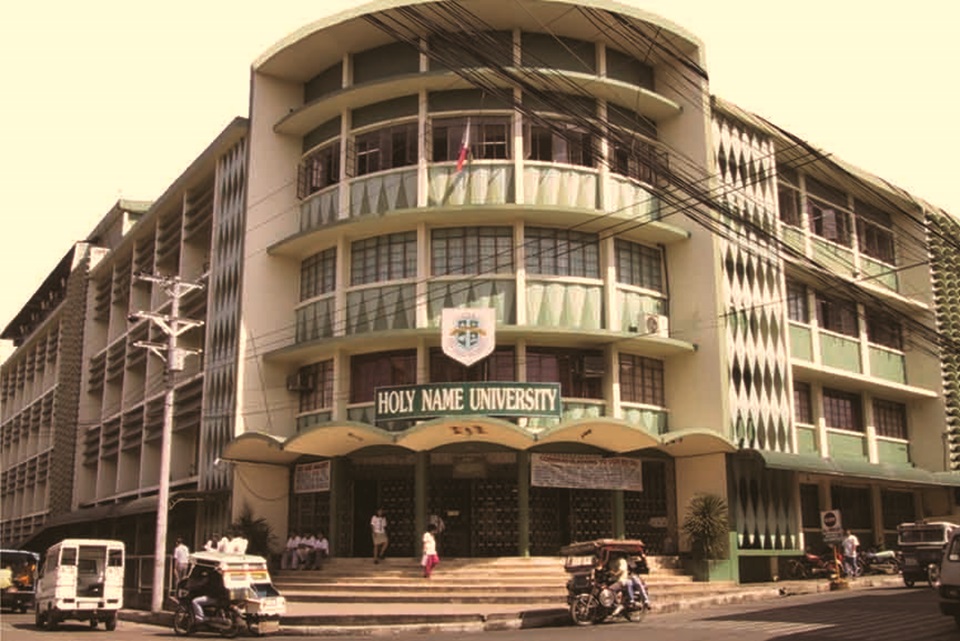 A glimpse of the old in the new

“Old places have soul,” an adage goes, and thus it may be said of old buildings.

When Alta Citta Mall opened last week in the heart of downtown Tagbilaran, it evoked nostalgia of the old buildings, which remain vivid in the memories of those who had spent a great part of their student life at the then Divine Word College and later, Holy Name University. Remarkably, though, one catches a glimpse of the old edifices in the new mall.

“If you’re standing from the Tagbilaran City Square facing here (at the corner of CPG Avenue and Grupo Street) you can see a semblance of the old facade; you see there’s the cross and other elements,” says Marietta “Mayette” Sarabia-Gasatan, Public Relations Officer of the Alturas Group of Companies (AGC).

On the other side, the view from Lesage and Gallares streets also harks back to the former HNU/DWC entrance, where thousands of alumni used to pass through going to their classes.

“We have updated the design to almost match the original (building) except the color. We want it to look like a school gihapon,” explains Ar. Perpetuo “Dodong” Arambala, AGC Corporate Architect.

Located at the corner of what used to be called Calle Libertad, now CPG Avenue, and Grupo Street, the first building of then Holy Name College (present the location of Alta Citta’s Jollibee branch) was built sometime in 1947 when the college was founded by American missionary priest, Fr. Alphonse Lesage, S.V.D. The larger building along Gallares and Lesage streets was dedicated on September 8, 1964.

In 2013, when 7.2 magnitude earthquake struck Bohol, the HNU buildings suffered extensive structural damage prompting the transfer of the whole university to the Dampas campus. The old site located on a prime lot of about 5,800 square meters, was bid out for long-term lease. On July 30, 2016, HNC-DWCT-HNU alumni and students hold a campout to give honor and say farewell to the old campus buildings.

When the Alturas Group was on the planning stage for the construction of Alta Citta Mall, the earlier designs presented were modern. Several HNU alumni lobbied to have the same look of the old HNU buildings reflected on the new structure. This was bolstered by the fact that the Tagbilaran City Heritage Code was already enforced and the area is within the identified Heritage District of the city. With efforts from USAID-SURGE Tagbilaran City Coordinator Ms. Linda Paredes and other HNU alumni, a heritage architect was requested to meet up with the mall planners.

The result was a change in design wherein the elements and patterns of the old building are incorporated in the exterior of the new mall. Hence, what we are seeing today in the façade of Alta Citta are glimpses of the old and treasured edifices, endeared by thousands of HNU alumni and Tagbilaranons. (S. Labasan)