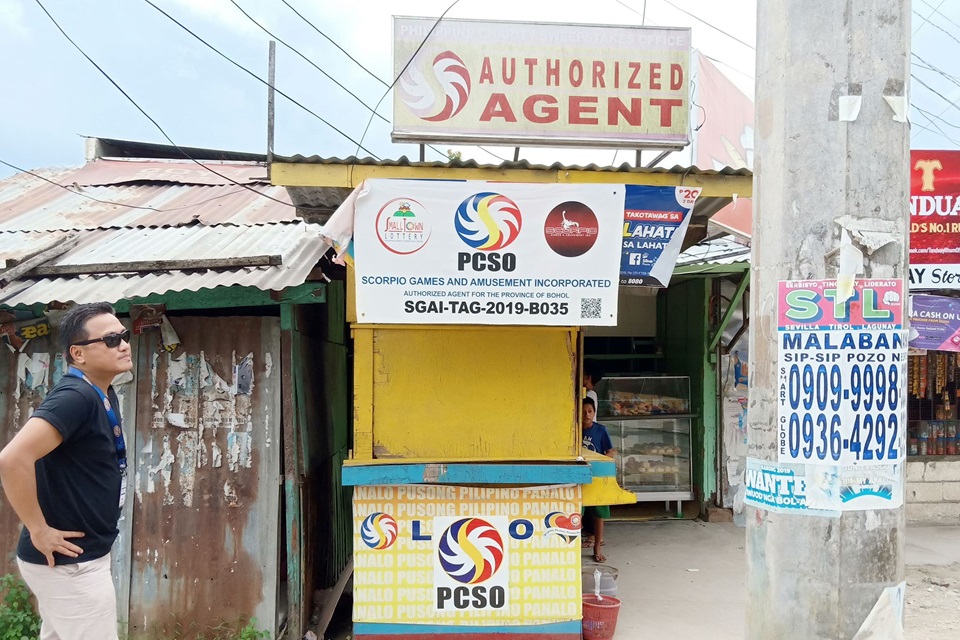 Authorities were ordered by Duterte to enforce his order to shut down all Philippine Charity Sweepstakes Office  (PCSO) gambling operations within 24 hours.

Hit head-on by the President’s clampdown is the most in-demand PCSO  numbers game – suertres known as the “everyman’s betting game” with a minimum of one peso bet and a pay-off of P450 to P500 per winning numbers combination depending on your betting station.

According to industry insiders, the daily take is a conservative estimate of P4 million daily with monthly estimated revenue of P120 million.

Lotto outlets who have been enduring the presence of the more cheaper bet of the STL took a bitter blow after prices of its game similar to STL increased from P10.00 to P12.00 due to the Train Law.

Lotto operators stood helpless as the PCSO could not impose on STL operators to base their results on local draws as mandated instead of using the results of the national draw results.

STL operations are authorized for local draws only with PCSO approved drawing machines and drawing balls. But because of weak attraction from the betting public for local draws, winning numbers combinations are based on the national results drawn at 11:00 AM, 4:00 PM and 9:00 PM.

In Bohol, thousands of employees hired as bet collectors, coordinators cashiers, table managers and betting station tellers by the two competing suertres operators including personnel of lotto outlets in the province are now jobless.

The televised message of the President shortly before midnight on July 26, 2019, caught thousands of bet collectors coordinators and betting station employees dumbfounded who were still accepting, tallying and consolidating their take of the popular 9:00 PM last draw winning number combination of 935.

Duterte ordered, “all gaming activities, gambling, that got their franchise from the government through PCSO (Philippine Charity Sweepstakes Office) are, as of today suspended or terminated because of massive corruption.”

The announcement by Duterte was followed by a terse official statement of newly appointed PCSO Vice-Chairperson and General Manager (GM) Royina M. Garma stating “Please be advised that our PCSO games are suspended pursuant to the directive of President Rodrigo Roa Duterte.”

However, top management of the two Authorized Agent Corporations (AAC) in Bohol reportedly took the announcement of Duterte in stride and “will ride the storm” after Garma assured its agents and beneficiaries that the “PCSO shall appeal to the Office of the President for the resumption of the conduct of all games.”

Duterte also blamed the courts who repeatedly issued injunctions to paralyze government and to allow corruption to thrive.

The local PCSO branch office has been hemmed-in by three operators claiming as the sole authorized agent corporation (AAC) duly qualified and expressly authorized to conduct STL operations in Bohol.

Globaltech and PF3 sought relief from the courts after their Deed of Authority was allegedly terminated by the PCSO due to its failure to remit its Proposed Monthly Retail Receipt (PMRR).

The PMRR is defined by the STL Implementing Rules and Regulations (IRR) as the amount determined by the PCSO as the presumed minimum monthly sales of an AAC which shall be subject to periodic review.

Both Globaltech and PF3 secured court decisions upholding their legality to operate STL ordering the PCSO to implement an arbitration clause provision in their agreement in accordance with Republic Act 9285 known as the Alternative Dispute Resolution of 2004 in cases where disputes could not be settled amicably.

However, on the part of Scorpio, their performance was severely hampered by the continued operations of Globaltech since only one agent corporation is authorized to operate in the province.

Duterte”s order was a complete turn-around from his earlier statement on illegal gambling on November 7, 2016, and reiterated during his speech during the 25th annual convention of the Vice Mayors League of the Philippines at the Bellvue Hotel in Panglao on June 28, 2018.

On both occasions, Duterte clarified that his fight against illegal gambling was hampered by lack of manpower and the tendency for gambling operators to shift to illegal drugs if their business is shut down.

Insiders in the province STL business confided to the Chronicle that the order to terminate their activities might be “temporary” considering the amount of their contributions to the PCSO.

The Small Town Lotto (STL) under which suertres is run was hatched to entice illegal numbers game operators to legitimize their popular and lucrative “masiao” rackets especially in the Visayas and Mindanao thru corporations that will be authorized by the PCSO to act as their Authorized Agent Corporation in the provinces. (Chito M. Visarra)