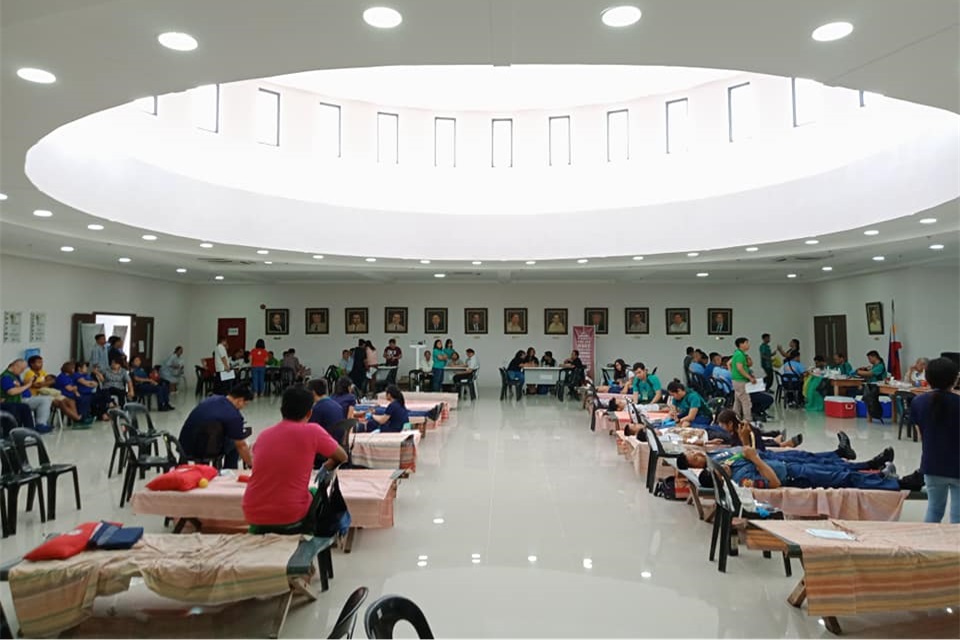 The Provincial Health Office (PHO) with the support of the Department of Health (DOH) conducted a daylong mass bloodletting, dubbed “Blood Olympics,” at the Capitol in Tagbilaran City on Monday as part of the provincial government’s efforts to boost its blood donation program.

Among those who trooped to the Ceremonial Hall of the Capitol to donate blood were police officers led by acting Bohol Provincial Police Office (BPPO) director Col. Julius Cesar Gornez, personnel from the Philippine Army (PA) and representatives from the private sector.

According to Dr. Cesar Tomas Lopez, chief of the provincial government’s health cluster, the donated blood will help save lives including those of dengue patients who are in need of blood transfusion.

Lopez said that bloodletting is also beneficial to the donors as it replenishes their blood.

Lopez however noted that the province’s blood donation program has been lagging due to lack of information campaigns on the initiative’s importance at the barangay level and some people’s fear of losing blood.

The provincial government, under the new Yap administration, is expected to set out to improve its blood donation program.

Lopez said that they aim to collect 13,000 bags of blood within the year to maintain an adequate blood supply for the province.