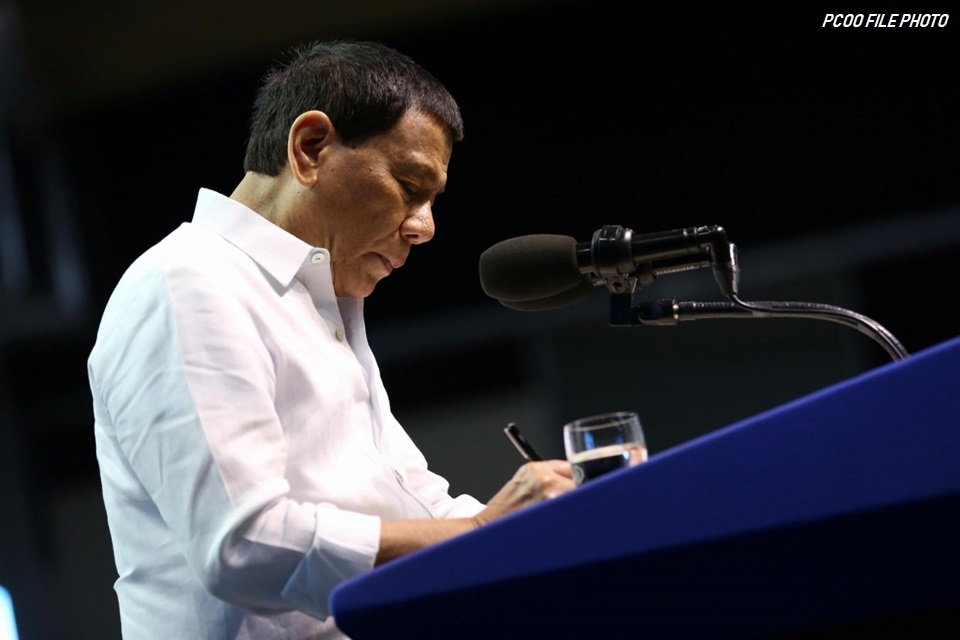 MANILA  – President Rodrigo Roa Duterte, on July 25, 2019, signed into law the bill (passed by the Senate and the Lower House) granting the BOHOL CHRONICLE RADIO CORPORATION (BCRC) the franchise to operate radio stations in Bohol for 25 years.

Republic Act 11352 takes effect 15 days after publication in the Official Gazette of the Republic of the Philippines or published in a newspaper of general circulation.

RA 11352, signed by Senate President Vicente Sotto III and Speaker of the House of Representatives  Gloria Macapagal-Arroyo, was sent for endorsement for the president’s signature on July 23, 2019. The first deliberation was done on July 23, 2018.

The BCRC Franchise Bill was initiated by the sponsor then-Representative Arthur Yap, and strongly seconded by Rep. Rene Relampagos of the 1st District and Rep. Aris Aumentado of the 2nd district.

During the House deliberations, when it was brought out that the first station, DYRD, was set up at the instance of the late President Carlos P. Garcia as Bohol did not have a radio station back in 1960, all the attending members of the House Committee on Legislative Franchises unanimously affixed their signatures as co-sponsors of the Bill.

The Legislative Franchise Committee of the Lower House of the 17th Congress was headed by Palawan Rep. Franz “Chikoy” Alvarez.

In the Senate, Committee Chair Senator Grace Poe deftly anchored the passage of the bill supported by senators Bam Aquino, JV Ejercito, Nancy Binay and Chiz Escudero (committee members).  On the other hand, senator Risa Hontiveros stayed till the final deliberation on the Bill was finished.

The franchise is in effect and valid for 25 years or up to the year 2044. Though technically a renewal, the approved law, in effect, gives a fresh new Radio Franchise to BCRC, under the new rules on legislative franchises.

Station dyRD-AM  started its broadcast in October 1961 after its founder, the late lawyer-journalist Zoilo “Jun” Dejaresco got the inspiration from Bohol’s most illustrious son, Pres. Carlos P. Garcia to open a broadcasting station to serve the Boholanos.

The station easily became the  source of information and entertainment with a balanced programming of news and music.

Public service was a guiding principle of the radio station as it started  introducing public service programs.

“Inyong Alagad,” is the longest running public service program which later on shifted to public affairs format to what it is now  the number one flagship program of DYRD. The program was once a national nominee as Best in Public Affairs by the Kapisanan ng mga Brodkasters ng Pilipinas (KBP).

In 1966, Congress passed RA 4792 granting franchise to construct and operate the radio station.

In 2001, the broadcasting company opened the first AM station outside Tagbilaran City – the birth of station dyZD in Ubay town giving the Boholanos a provincewide coverage.

Keeping up with trend, station DYRD was the first Bohol radio station to be heard worldwide through the internet at www.dyrdam.com. To date, DYRD can now be monitored global even through the mobile phones.