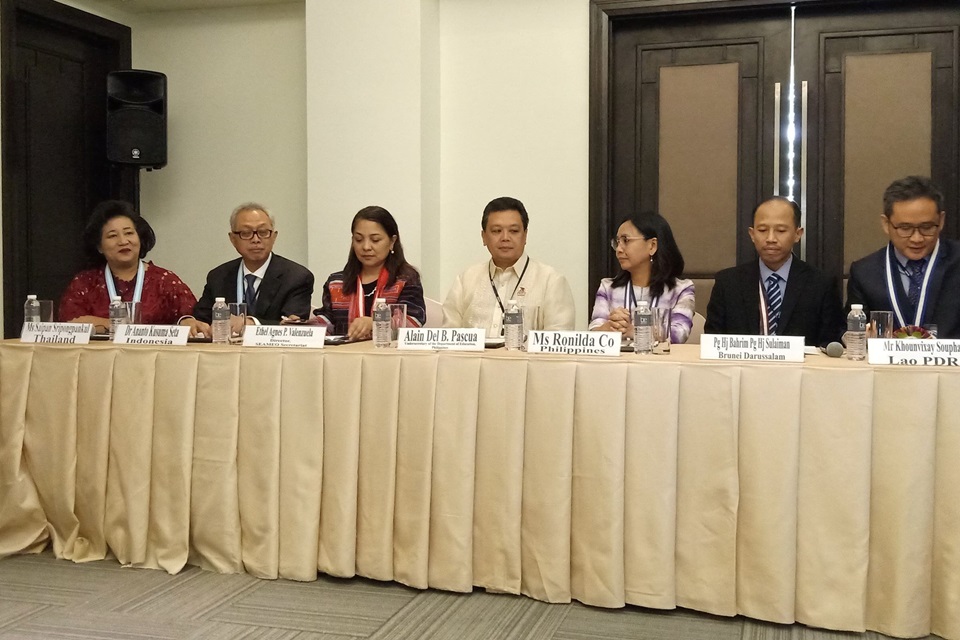 Delegates from the Association of Southeast Asian Nations (ASEAN) gathered in Panglao on Wednesday to tackle school safety and disaster resiliency in the region during the annual forum of the Southeast Asian Ministers of Education Organization (SEAMEO).

Education high officials from the Philippines, Laos, Brunei, Indonesia and Thailand conducted the eighth edition of their yearly forum themed Advancing School Safety and Resilience in the Southeast Asian Region at the BE Grand Resort in Panglao

According to Department of Education Undersecretary Alain Del Pascua, the SEAMO which is comprised of the 10-nation bloc and several associate member countries held the two-day event in Bohol for exposure to the province’s resiliency programs which were launched after it was jolted by a 7.2-magnitude quake in 2013.

The Philippines as host intended for other SEAMO member countries to learn from the rehabilitation programs instituted after the devastating tremor.

As part of their itinerary, the delegates are scheduled to visit schools in the province which were affected by the quake.

According to Del Pascua, the foreign leaders were “impressed” with Bohol.

He said that the government also purposely bring foreign dignitaries to areas which they can promote in their home countries.

“That’s one thing that the government does when we host international events, we put them in areas where they can learn. And at the same time, when they go back sa counrties nila sasabihin ‘magdanda doon’ bukod sa may natutunan pa kami doon,” Del Pascua added.

Bohol for the past three years has played host to multiple ASEAN fora and other international high-level meetings.

During the ASEAN’s 50th Anniversary in 2017, the bloc held at least three meetings in the province. (A. Doydora)