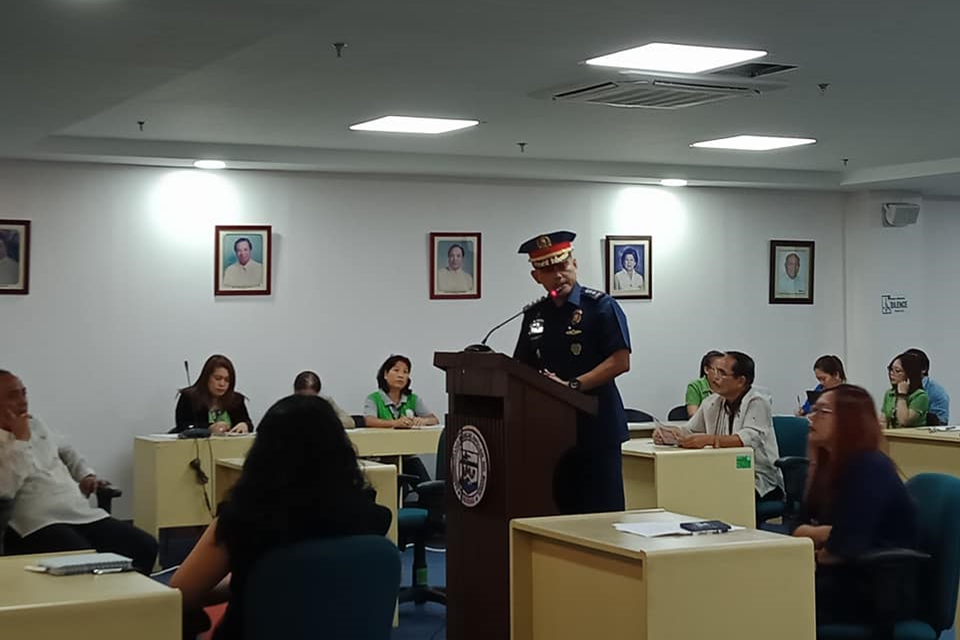 The Bohol Provincial Police Office’s (BPPO) fight against the New People’s Army (NPA) is not one fought with guns.

This was based on the statement of BPPO director Col. Jonathan Cabal which was delivered before Bohol Provincial Board (PB) members in a courtesy visit at the Capitol on Tuesday, as the newly installed top cop acknowledged that the Communist Party of the Philippines’ armed wing remains to have a “negligible” presence in the province.

According to Cabal, the BPPO will visit “vulnerable” communities and organizations, including farmer groups, in far-flung areas to help extend government services to underserved areas through a medical mission and other outreach programs.

“What my men and probably our local government will do is to go after the roots of the problem, most of them have sectoral representatives, there are associations of farmers who are inclined to support left-leaning organizations, that’s why we have to engage them, we need to make them feel that the government is there,” he said.

Cabal said that the BPPO together with the provincial government led by Governor Arthur Yap will conduct outreach programs in remote and distant areas in September to “touch base” with communities.

“This will really give the people or those neglected members of our society some semblance of government services,” he said.

The new BPPO director called on PB members to join the initiative and also extend aid when the program reaches their respective districts.

In the same speech addressing the provincial lawmakers, Cabal praised former governor Edgar Chatto’s “Purok Power” movement which was crucial in hunting down the 11 Abu Sayyaf bandits who slipped into the province through Inabanga in April, 2017.

Cabal, who was police regional intelligence director during the Abu Sayyaf incursion, said that the state security forces would not have been as successful in going after the militants without the strong cooperation of local government units from the municipal down to the purok level.

“I saw the importance of collaboration among the LGU, the local police, the police and military forces. Without which, the infraction by the Abu Sayyaf would have succeeded,” he said. (RT)